But before you read them, have you scheduled your phone call with me yet?

You will not be obligated to anything.

But in order to qualify for the "100% Financing Option" (available until December 31) you absolutely must schedule your call RIGHT NOW:

After reading ‘Part 2’ of Dave’s story, you’re going to see why this is so important… Read this:

END_OF_DOCUMENT_TOKEN_TO_BE_REPLACED

The Youth Fitness and Sport Training market has officially exploded.

Trainers, Coaches, Facilities and Health Clubs worldwide have all jumped at this new opportunity to provide quality service to the demographic most in need.

And the market has responded.

More than 1 million kids and teenagers hired a Personal Trainer last year in the United States alone and as much as $4 billion are spent every year in this country on training and coaching for kids.

But as with any new marketplace, the professionals who can claim ‘Specialist’ status will eventually become the go-to-experts for consumers at large.

END_OF_DOCUMENT_TOKEN_TO_BE_REPLACED

I have long supported the notion that the zeal many Trainers and Coaches show with respect to conducting high intensity training sessions with young athletes is akin to the unsure actor who feels a need to "over-do" his or her role in a given appearance for fear that the audience may disapprove of his acting ability.

Almost like a "they paid for it and now I must deliver it" mind set.

As a Coach, you sometimes feel as though you must have your athletes walk away from a training session dripping with sweat and barely able to open their car doors. After all, if they don’t feel as though you are ‘training them hard enough’, they may opt to go and seek the services of a different Coach.

The problem is that overtraining syndromes are not hard to develop with adolescent athletes and must be recognized as an issue with respect to programming.

For ease of explanation sake, let’s just say that if your athlete walks into your training center at what would constitute a normal biological level, and if your training stimulus was at an intensity that would enable the athlete to dip below this normal biological level, but not be too much so as to not be able to ascend into a level of super-compensation, then, well… that would be good.

But there are energies in the world that effect an athletes recoverability from a training session (you know… recovery… that’s the part of the training routine during which your athlete’s body actually makes improvements and gains).

Let’s examine those individually for a second.

END_OF_DOCUMENT_TOKEN_TO_BE_REPLACED

Here’s what IYCA Member Paul Clarke had to say in response to my
question about the biggest problem in youth fitness and sport training:

"The major problem in youth fitness as I see it is coaches that advocate and live the
mantra of working harder instead of smarter. Invariably this leads to
a quantity over quality approach."

I couldn’t agree more with Paul.

It’s being popularized in a different circle right now, but for roughly
ten years, I’ve been saying….

Any fool can make a young athlete tired, but it takes a real COACH
to make them better.

My first job out of college was as a Performance Coach at a training
center for professional, Olympic and National Team athletes in Canada.

We also did a lot of work with young athletes.

One of my first meetings as a staff member at this facility is a moment
in time that I will truly never forget.

END_OF_DOCUMENT_TOKEN_TO_BE_REPLACED

The IYCA Blog has been jumping of late with some great training-based conversation.

I wanted you to read an exchange I had with a reader named Keith.

It was in reference to my article on Early youth sports Specialization a few days ago.

Keith offered some great insight and thought. Here’s what he had to say –

"So, playing devil’s advocate once again, why is it that the world’s greatest swimmers have typically been identified when they were preteen, often then,setting world records and competing in world class events as mere teenagers, especially the ladies.

How many world and Olympic champion gymnasts and divers average 14 years of age. I wonder if plasticity really means that a child athlete can adapt to, cope with, respond to, recover from, progress with, focus on and develop with, all of the things in one particular sport, and become superior in that sport, without participating in other sports. Doing so like the 5 year old Italian child learns English perfectly by being immersed in that one thing.

I know I’m talking about world class athletes but they had to come from somewhere and mostly they were young athletes with a gift through which they were unilaterally developed within their one sport.

While I myself have participated in many sports and have coached many sports and I believe in multilateral exposure especially as a means of talent identification, I still need convincing that the multilateral approach is necessary or preferable to develop high level athletes in a given sport.

Still liked the article Brian. It keeps the wheels oiled in this old noggin. Keep them coming!"

Here was my response –

END_OF_DOCUMENT_TOKEN_TO_BE_REPLACED

1) Understanding How to Communicate

It’s imperative that you assess your young athletes personality type and temperment prior to each training session.

On a given day, the stress of teenage life could alter your young athletes mood dramatically.

If you aren’t aware of that, then you could be offering instruction to someone who just isn’t listening at all.

Engage each of your young athletes in an informal, yet important conversation prior to your training session.

Ascertain how they’re feeling about life in general.

END_OF_DOCUMENT_TOKEN_TO_BE_REPLACED

How Young Athletes Are Portrayed In The Olympics

I’m actually a big fan of the Olympic Games.

My favorite part is watching the Opening Ceremonies and

seeing the athletes from lesser known countries glow with

child-like enthusiasm as they walk into the Olympic arena.

But every four years, I find myself feeling uncomfortable

with what I am seeing and hearing while watching the Games

Because I know the sensationalized aspects of the Olympics

are creating more and more confusion and ignorance among

Believe it or not, I believe that the Olympics are actually

a horrible influence on youth sports. 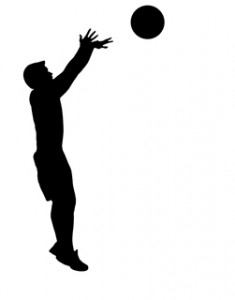 And while watching the Opening Ceremonies last week,

I got a glimpse of exactly why I feel that way.

“It’s the Struggle, Not the Triumph”

That was the ‘catch phrase’ being repeated by athletes

as they talked into the camera.

And while it sounds good, serves as a wonderful ‘TV sound

bite’ and showcases a majestic feel about the Games

themselves, it sends a very disturbing message to young

athletes and all those who participate in the world of

And that all sounds good, doesn’t it?

It displays the majestic nature of sport.

And it’s an absolute lie.

Maybe not for elite athletes, but certainly for kids and

The danger is in the fact that most Coaches, Trainers

and Parents think and act like their young athletes are

elite – and end up being influenced by statements like

the one I mentioned above.

“You have to work harder, Johnny”

“Did you hear what Micheal Phelps said? You’ll never

get to the Olympics if you don’t push yourself”

With youth sports and young athletes, it really isn’t

And the destination truly doesn’t matter.

It’s about the journey.

The process of getting from A – Z.

We actually believe that ‘working kids hard’ every day and

beating the living crap out of them without having a

developmental system in place is the answer.

In fact, it’s the main culprit for why so many kids are

Dropping out of sports.

And disengaging from being physical at all.

And that remains our worst and most damaging error when

it comes to working with young athletes.

sessions, over worked young athletes and the general

lack of knowledge that so many Trainers and Coaches have

when it comes to working with this demographic.

And the Olympic Games are making that worse as we speak.

“It’s not the Destination, It’s the Journey”

Words to live by.

truly become a leader in the realm of youth sports

Or are you content to just keep plotting along without

a solid direction or path?

I think your young athletes deserve the best.

Why don’t you decide to become the best right now?

The IYCA Level 1 – Youth Fitness Specialist will give you

the tools you need to become a world-class Athletic

Maybe it’s time to start your own journey…

Click Here Now and Find Out What You Don’t Know