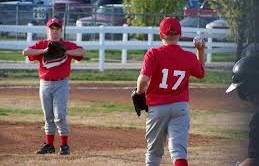 As coaches we no doubt know about the pitfalls of early specialization when it comes to young athletes.

Despite much evidence that early specialization can lead to higher levels of burnout and dropout, many coaches still believe that the only way athletes can reach 10,000 hours of deliberate practice is to begin specialization at an extremely early age.

Recently several researchers (Moesch, Elbe, Haube and Wikman) published a very interesting article in the Scandinavian Journal of Medicine and Sport Science examining just this theory and has amazing implications for the coaching in your program.

The researchers asked elite athletes and near elite athletes to answer questions about their experiences in athletics regarding their training and practice throughout their career.

END_OF_DOCUMENT_TOKEN_TO_BE_REPLACED

Training for Power with Young Athletes 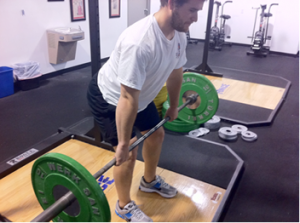 My young athletes are known for explosive power, from middle school volleyball players to football players preparing for the combine all of them out class the competition when it comes to quick bursts of power.  Recently I put together a presentation outlining my favorite exercises to do just that.  I have shared a brief outline of the topics covered in that seminar in the list below.

You will notice that I did not say the Power Clean or Power Snatch.  Power cleans are the staple of most training programs, but the key is by doing this movement from the hang position i.e. with the bar just above your knees.  This position is much closer to ones athletes actually use in athetics and athletes have a much greater potential for technically sound lifts.

The snatch must be included because it is such a powerful movement as well and can lend diversity to the program.

Much of the need for power in football comes in the reaction to a movement of the ball or of the defensive player, because of this football players must also have the mental awareness to make explosive movements as a reaction. Credit Coach Robert Dos Remedios for this one, but my favorite training tool for this are CHAOS agility drills (it stands for Conscious to unconscious Have unpredictability Active to Reactive Open drills Slow to Fast). The idea behind it is to have athletes mirror one another in specific patterns first and then to open ended drills with many different movement patterns, more closely replicating the actions of actual game play.

This is a foundation movement for any athlete looking to develop more power. The action in the kettlebell swing is founded on the idea of a hip hinge, this is important because most athletes need to gain better control of the ability to hinge at the hips.  Most athletes are very much Quad dominant and are losing out on the potential of their backside. The Kettlebell Swing does a great job of teaching these motions effectively.

Using medicine balls in throwing motions (chest pass, Side throws, Throws for distance) is a great way to develop power in the upperbody for young athletes while incorporating the important parts of hang cleans, hang snatches, and Kettlebell swings (hip hinging).  Delivering a Medicine ball with force is a great way to engage the core in explosive activities as well, generating force with the lower body must require active core control to deliver the ball with the arms, This transfer of power is important to all sports.

Athletes need to be adept at accelerating and decelerating their own body at maximum speeds. Plyometrics are the first way that athletes can learn to do so.  Maximal jumps with a stuck landing will help athletes develop resistance to injury and will simulate many movements in sport.

There is a lot more than just power that goes into becoming athlete. It takes general strength, resistance to injury, proper conditioning and a well prepared mind.

Focusing on power will take athletes a long way towards getting to where they want to be. 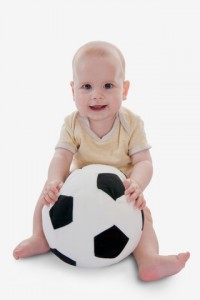 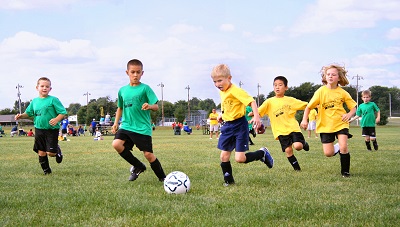 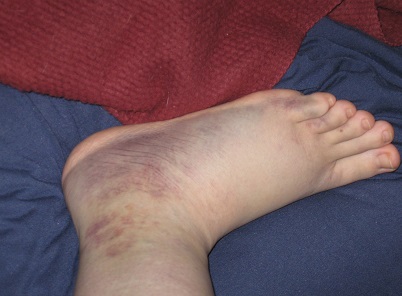 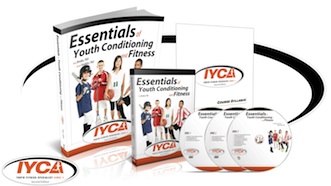 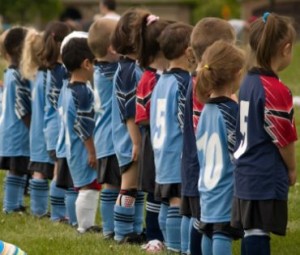 END_OF_DOCUMENT_TOKEN_TO_BE_REPLACED

The IYCA has championed the notion that the long-term athletic development model, or LTAD, provides the greatest benefit to a developing athlete, in both physical and psychological aspects, over time.

Contrary to ever-popular and growing model of early sport specialization, the LTAD model is intended to optimize performance slowly and equip the young athlete with foundational skills.

Although far from “new,” in light of heavily marketed programs intended to maximize immediate potential sport specific gains, the commonsense simplicity of the LTAD model is starting to gain momentum with some practitioners.

END_OF_DOCUMENT_TOKEN_TO_BE_REPLACED

Juan Carlos is the director and CEO of the Institute of Human Performance in Boca Raton Florida. His training methodologies have been successfully applied to the full spectrum of the population; youth, geriatrics, rehabilitation and elite athletes. He has authored numerous articles, books and videos, on various topics involving optimum physical performance.

BG: What’s your background in youth sports and athletics? Have you trained a lot of young athletes?

JC: I’ve been a competitive athlete for over 3 decades. I started with little league when I was 7 and I’ll compete in the USA Judo Nationals (Masters Division) at 43. I competed in all of the major combative sports – from boxing to judo.
We at the Institute of Human Performance train hundreds of young athletes ranging from middle school to college every very. We also train some of the top pros.

BG: There are a lot of coaches, parents and even trainers who treat young athletes as if they were ‘little adults’. What I mean by that is they will take the training routine of a superstar athlete and use it as a guide when working with youngsters. Why, if at all, should we warn against that kind of training?