What age is good to start band stretching?

Is it appropriate to stretch young athlete ages 10 to 13 with Bands?

Are there precautions when stretching young athletes with bands?

As a band expert I have never felt doing band stretching with athletes younger than 14 was an effective way to improve passive mobility because of the hypersensitivity of the nervous system to passive over pressure stretching. Anytime I attempted to introduce band stretching to this age group, I met with a great deal inhibition and compensation. Passive overpressure stretching of young athletes for years seemed to be very noxious to the neuromuscular system which resulted in kids just putting their body through unproductive stress that the body was not mature enough to handle. The key word in this sentence was mature or from a functional standpoint integrated.

A few weeks ago, I wrote a post for all IYCA members on how to use bands to get involved with a high school:  Opening The Door To Youth Sports In Your Area

I recently received this email from a local trainer that I thought was very appropriate to share with all of you.

If you are looking for a way to provide coaches with something that will not only make their athletes better but also provide them a solution to a very common problem, resistance bands may be the answer.

This could very easily be you sending me this email in the near future.

END_OF_DOCUMENT_TOKEN_TO_BE_REPLACED

How would you enjoy participant numbers like this for your young athletes Fitness & Sport Camps next summer? 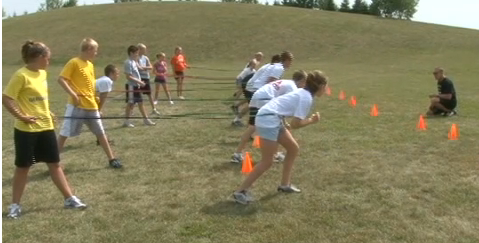 I did 4 Camps last summer:

That’s 233 athletes in total!!! In ONE END_OF_DOCUMENT_TOKEN_TO_BE_REPLACED