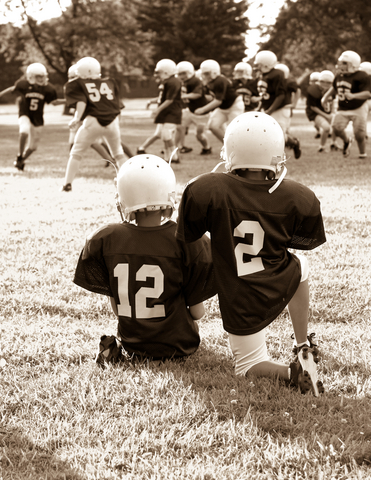 Three years ago I introduced a concept to our youth football organization which is nicknamed the Hawks.   The concept was originally presented as a fund raiser to earn money for what was at that time a very poorly equipped high school weight room facility.

What I did was go to the president of the Hawks football club and the varsity head youth football coach and proposed that I do a 3 day Pre-season Hawks Football Mini-camp for the entire Hawks program which included grades 6 through 8th.   It was a conditioning camp that focused on getting the boys to do some football based running with and without the ball along with participating in a Battle Ball Tournament.  (Battle ball is ultimate Frisbee played with a football)

My key selling points to the Youth president were:

The key selling points to the head varsity coach were:

What did it do for my company?

This summer as a result of paying forward and doing that youth charity camp 3 summers ago, have been able to strength my relationships with many of the football coaches to the point where I was provided the opportunity to run paid summer camps for their athletes.   This summer I had 250 athletes fill the summer camps.

And I have 70 athletes registered for this year’s Hawks Mini-camp.

As a side note, I also now volunteer 6 hours a week to assist with the entire off-season program and in-season program for the football program so I have the pleasure of working with high school athletes’ everyday which was always a dream of mine.

Getting Better with Bands,

Dave Schmitz is the author of the upcoming IYCA resource, IYCA Resistance Band Instructor Course, which will be available this fall.