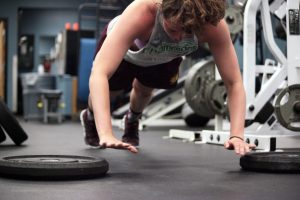 We often think that bodyweight training is very simple, so we don’t spend much time thinking about it.  We want to rush into more advanced training methods because they seem more exciting.  Unfortunately, when we skip over fundamentals, it catches up to us down the road.  Spending time teaching and perfecting bodyweight training exercises has the potential to pay big dividends as athletes mature, so this should be an integral part of any youth training program.

When it comes to younger or female athletes, upper body exercises such as the pull up or push up tend to be difficult. With the squat, maintaining proper posture is difficult for many athletes due to a wide variety of mobility or kinesthetic awareness issues.

Instead of being taken through a proper progression, we often see athletes struggle through sloppy reps or force themselves into positions they can’t maintain.  Fortunately, there are ways to modify these exercises that allow athletes to perform them correctly while utilizing the correct muscles.

This article will highlight three of the basic bodyweight training exercises that are often performed incorrectly, and it will describe simple progressions to ensure long-term success.

A few of the most common flaws seen during the push up are lack of upper body strength, elbows flared out, improper hand positioning and lack of core strength to maintain stability and posture throughout the movement.

Here is an example of a proper bodyweight push up:

If an individual lacks upper body strength, the push up can be modified by elevating the surface in which the hands are placed.

This surface can be anything that is elevated and allows the individual to maintain proper core stability throughout the movement.  This could be a box, bench, or bar on a squat rack.  As strength is developed, slowly lower the angle in which the push up is done until the athlete can perform a standard push up.

If an individual lacks a lot of core stability, a banded hip-supported push up can be used.  Attach a band around the safety catches and position the athlete so it’s under the hips during the push up. This alleviates the weight of the hips and aids in maintaining the plank posture throughout the movement. This can be progressed by using smaller bands until the individual can maintain hip posture throughout the entire movement.

If an athlete can maintain core position and effectively use the upper body muscles, but simply isn’t strong enough to perform many reps, an eccentric or isometric component can help.

Have the individual perform a 3-5 second eccentric and hold in the bottom position for one second before pushing up.  This builds strength and control in all positions of the movement.  If the athlete cannot perform the concentric portion of a push up at all, performing eccentrics can build that strength.  Athletes can perform 4-8 negatives, simply lowering slowly, then “rolling” back up to the top position for the next rep.

As a coach, you can vary the amount of time of the eccentric or isometric portion, and vary the reps depending on the capabilities of the athlete.

One of the hardest, but effective bodyweight training exercises is the pull-up.  Due to a lack of upper body strength, many athletes cannot perform even a single pull-up. Those who can perform a pull up tend to do it incorrectly. The most common issues include:

Placing a band around the J-hooks of a squat rack will give assistance to the most difficult position of the movement. Ensure that when the individual lowers their body, they still extend their arms into the bottom position.

As mentioned in the section about push-ups, you can manipulate the eccentric or isometric times and the number of reps to make the exercise more or less difficult.  This will be dependent on the capabilities and strengths of the athlete.  For example, an isometric hold at the top plus a 5 second negative is a great way to develop strength in young or large athletes who struggle with pull-ups.

One of most popular bodyweight training exercises is the squat, but it is also the one most commonly rushed through.  The most common mistake we see here is adding a load before the athlete can even maintain correct posture in an air squat or goblet squat.

We look ask these four questions when coaching the bodyweight squat:

You should be able to answer “yes” to all of these questions before loading an athlete with a barbell.

A good initial assessment is to see whether the athlete can properly execute an air squat.

In this video, the arms are out to assist in maintaining an upright posture throughout the air squat.

Feet are slightly outside of shoulder width with toes slightly pointed out. This position can vary from individual to individual depending on what their bodily mechanics look like. If their heels are coming off of the floor, their foot position may be the first thing you need to manipulate.

If an individual has trouble maintaining an upright posture to the parallel position, a good way to work on this is to have them air squat to a target.

In this video, the individual is squatting to a box slightly below the parallel position.  This reinforces the hip hinging aspect of the squat and allows the coach to cue the athlete to maintain an upright posture until the box is touched.  You can also hold the bottom position (without putting any pressure on the box) to reinforce this position and strengthen the lower back.

You can load this movement by adding a goblet hold while the individual squats to a box. Ensure the individual does not relax the core or rock back onto the box to gain momentum before standing up.  Again, an isometric hold at the bottom can help athletes feel correct posture.

Squatting to a box may also allow the coach to assess issues in the squatting pattern.

Then once they can maintain an upright position to a box- you can take the box away and allow them to perform a Kettlebell Goblet Squat:

If the athlete shows instability while performing this movement, add a tempo to the eccentric portion and/or an isometric hold at the bottom.  This will reinforce correct body positioning throughout the squat.

While there are many different modalities that you can use as a coach, bodyweight training is an excellent way to lay a solid foundation.  In order to slowly progress athletes in these movements, the bodyweight training progressions above can help ensure long-term progress and success.  You can also use these exercises as a part of a complete strength training program that will continually reinforce the foundation you have developed. 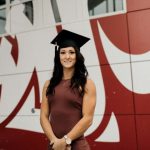 The IYCA High School Strength & Conditioning Specialist certification is the only course available that directly addresses the needs of the high school athlete.  Learn more about the HSSCS HERE:

Do you Teach or Train and deliver great coaching young athletes?

If you are like most coaches and trainers I am familiar with, you likely ‘train’ your athletes as a means to elicit biomotor improvement.

You work on various forms of sprints and jumping in order to develop ‘blazing speed’.

You set out cones and have your young athletes practice elaborate movement drills as a way of improving their ‘stealth-like agility’.

But they are only quasi-beneficial and extremely narrow-scoped if you aren’t looking to teach your young athletes the skills they need to perform these drills and set them up to improve on the next level.