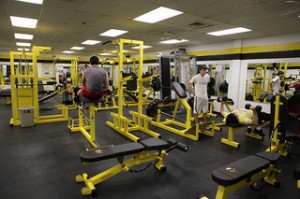 Okay… So the ‘trouble’ really isn’t with high school athletes, per say,
it’s with the training programs they’re often forced to use.

And frankly, they don’t know any better.

But then again, neither do many high school Coaches.

Not a targeted shot, just reality.

So here are some of the problems I’ve seen –

From Day 1, many incoming high school athletes are asked to ‘perform’.