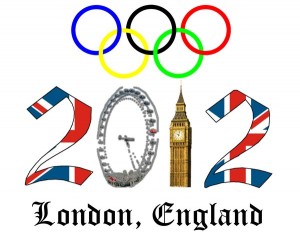 Well it should go without saying, as a former athlete in an Olympic sport, there is no greater time than the Olympics. So many sports put on display, so many great athletes, and so many years of hard work finally shown on the world stage, means that there isn’t a better sporting event on the planet.

As a coach it is important to relay the messages of the Olympics to the athletes we work with on a daily basis.

1) Hope
The opening ceremony demonstrated this to its full effect. For those who missed the opening ceremonies, typically the host country will choose a famous former Olympian to be the final torch bearer as they light the cauldron that burns throughout the Olympics. Rather than choosing a great athlete from the country’s past, Great Britain decided to have the Olympic flame lit by seven athletes of the country’s future.

Each day we should aspire to inspire our young athletes. Find out what their REAL goals are, not just the typical. Several months ago I found out that one of my athletes didn’t want a college scholarship, all he wanted to do was score a touchdown for his high school football team. Considering he was playing guard for his team, this was not likely to happen. After consulting with him on his diet (losing 30 lbs and improving his 40 yd time), and even talking to his football coach, he is now a tight end and he is closer to realizing his REAL dream.

2) Skill
There are 28 sports in the Olympics and countless events that divide each of these sports. There will be plenty of jokes made about the merits of badminton and other sports and their inclusion in the Olympic games, but a true coach will seek out the skills necessary to compete at a high level in those sports and learn from these lessons.

Look at the hand-eye coordination of a table tennis player. Look at the lateral movement of the badminton player, think about the cardiovascular endurance of a shooting athlete trying to fire a shot between heart beats. Appreciation of these skills can help lead you to being a better coach, and thinking of new ways to help your athletes improve.

3) Defeat
A big part of reality is that of the 10,000 athletes that go to the Olympic games to compete, not many of them will come home with a medal. A majority of the athletes at the Olympic games will end their Olympic career in a defeat. Does that mean that they are a failure? No, not at all but it does mean that dealing with failure or defeat is part of choosing to be an athlete.

Learning to take defeat, or setbacks in training, is part of being an athletes. Young athletes who learn this lesson can benefit greatly by embracing that each defeat means another opportunity to get better.

So this week as you watch the Olympic games, think about the opportunities that we as coaches can embrace as some of these Olympic lessons can help our athletes get better in the process.