In a comparison of rugby athletes, starters were able to accomplish the same COD tasks in a shorter period of time.

Importantly, it was the deceleration phase (the time before the knee starts extending) that was the main contributor to this difference. So deceleration ability (which is determined by eccentric strength) may be a key factor. 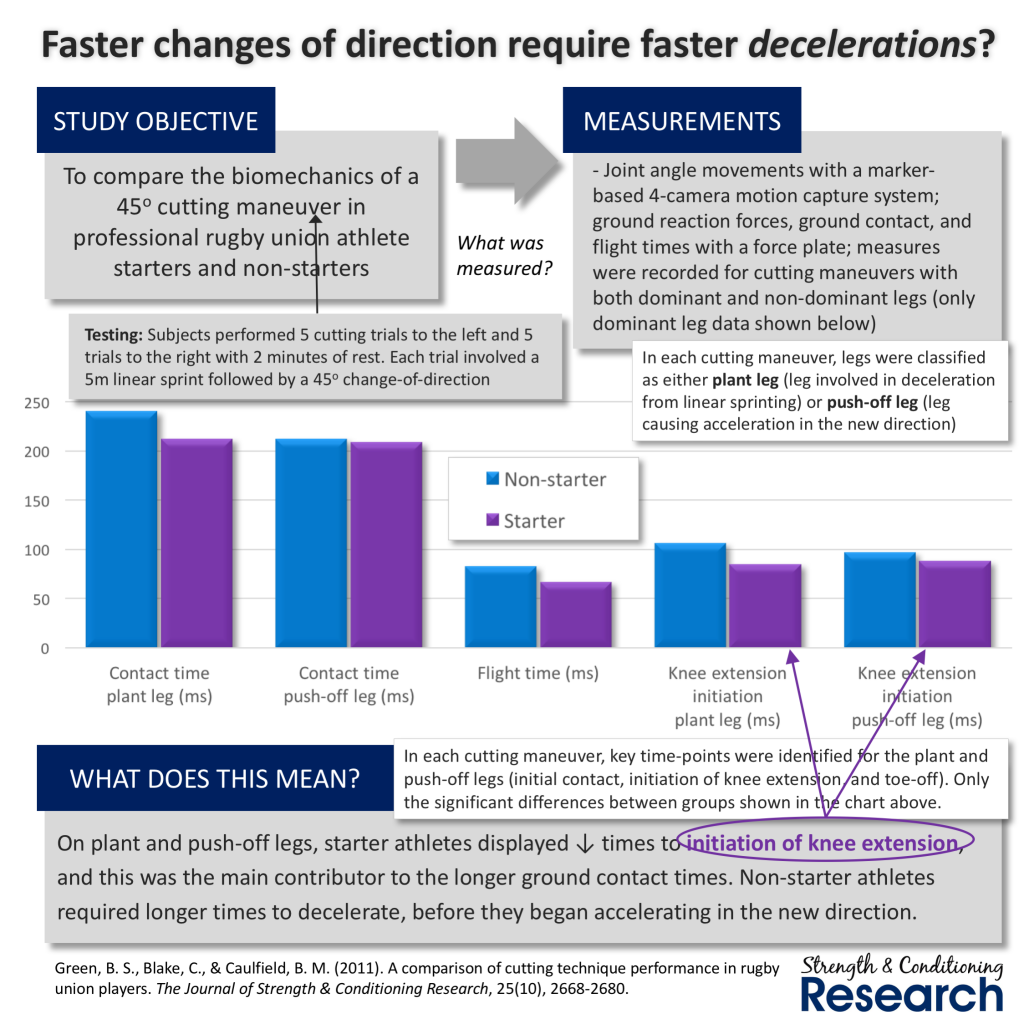 In another comparison of athletes, stronger subjects were faster, displayed higher ground reaction forces, had a more horizontally-directed force vector, and adopted a lower body position (greater hip and knee flexion) in a change of direction task.

This suggests that the stronger athletes were able to produce greater maximum force, more horizontal force, and greater force at longer muscle lengths. 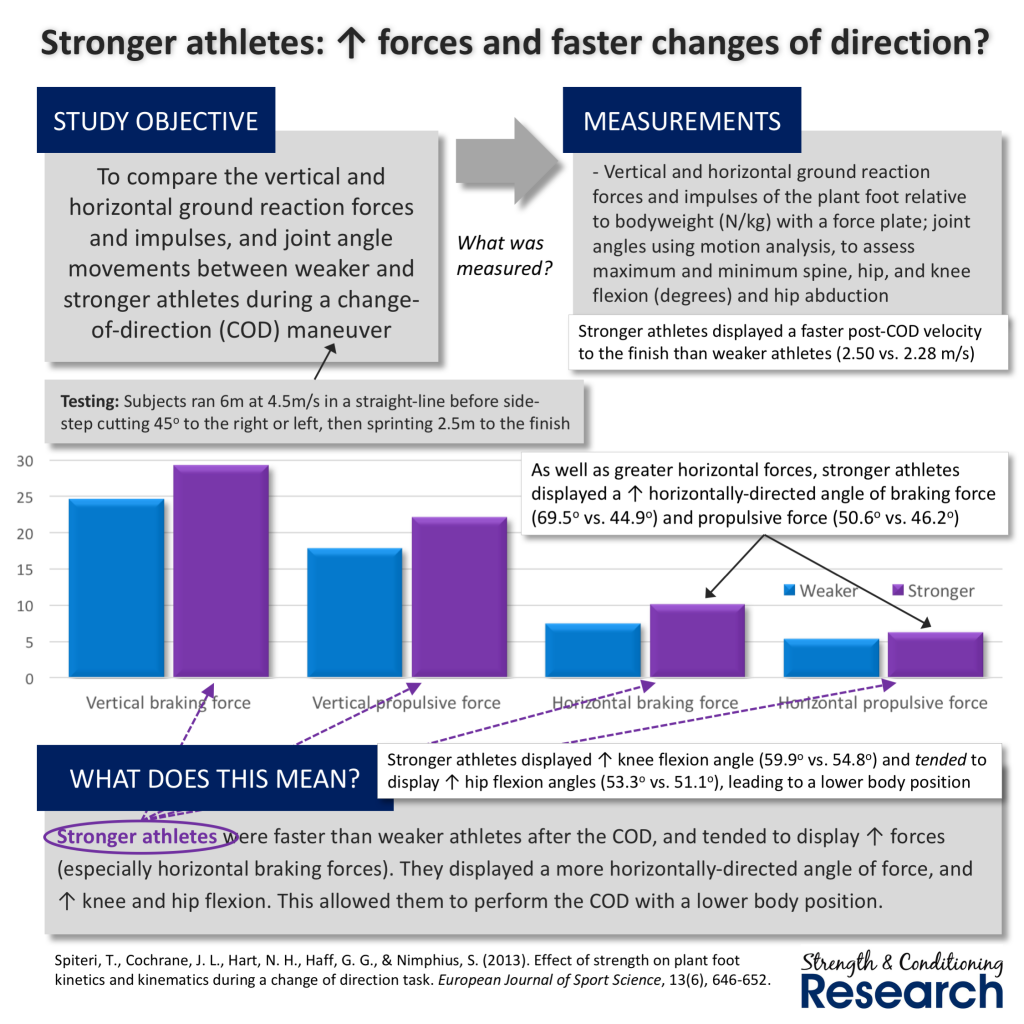 One final comparison of athletes found that the horizontal propulsive force in a final step was positively associated with faster COD ability, while the vertical braking force was negatively associated.

This finding also supports the role of a more horizontally-directed force vector for optimal COD performance. 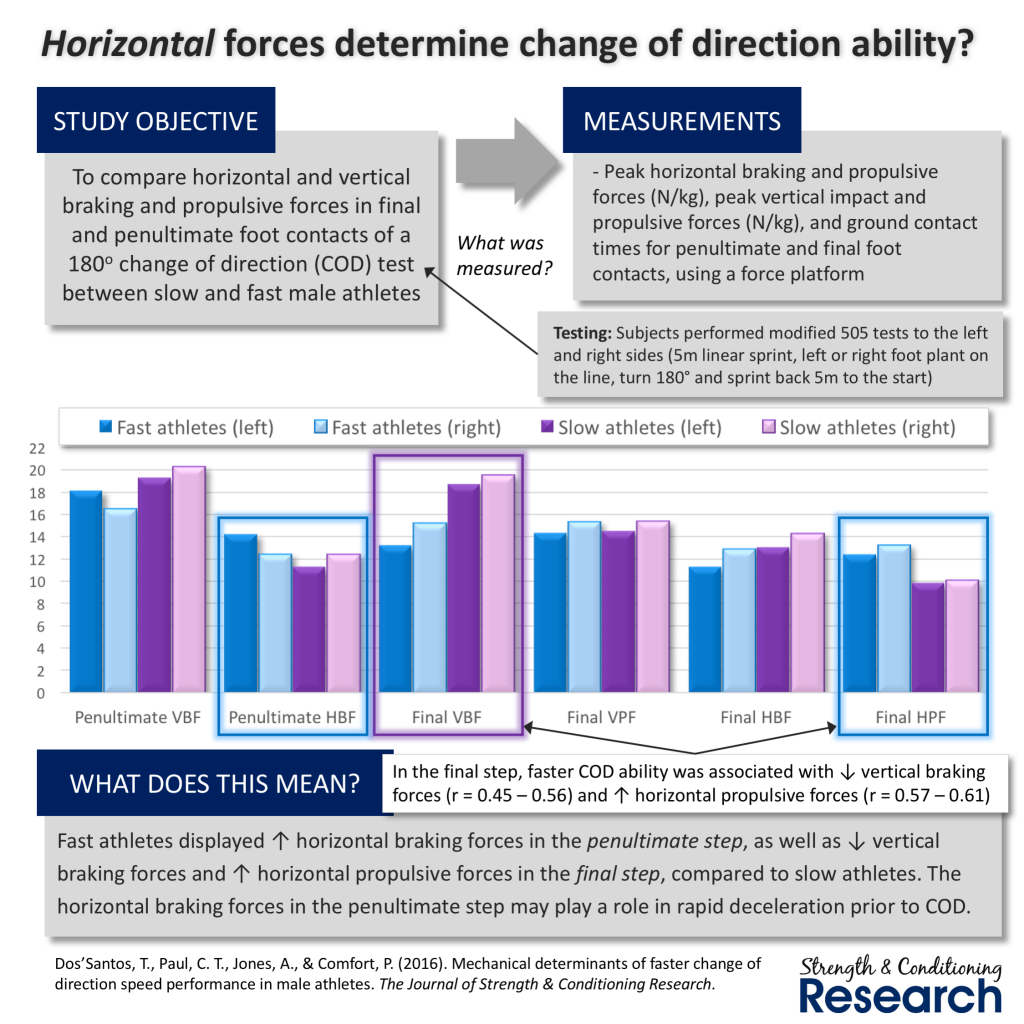 Taken together, these studies imply that certain strength qualities are very important for COD ability.

Long-term training studies are still catching up with these biomechanical investigations, but we can already see that eccentric strength is able to improve force production preferentially in the deceleration phase of COD tasks, which may be key to enhancing agility. 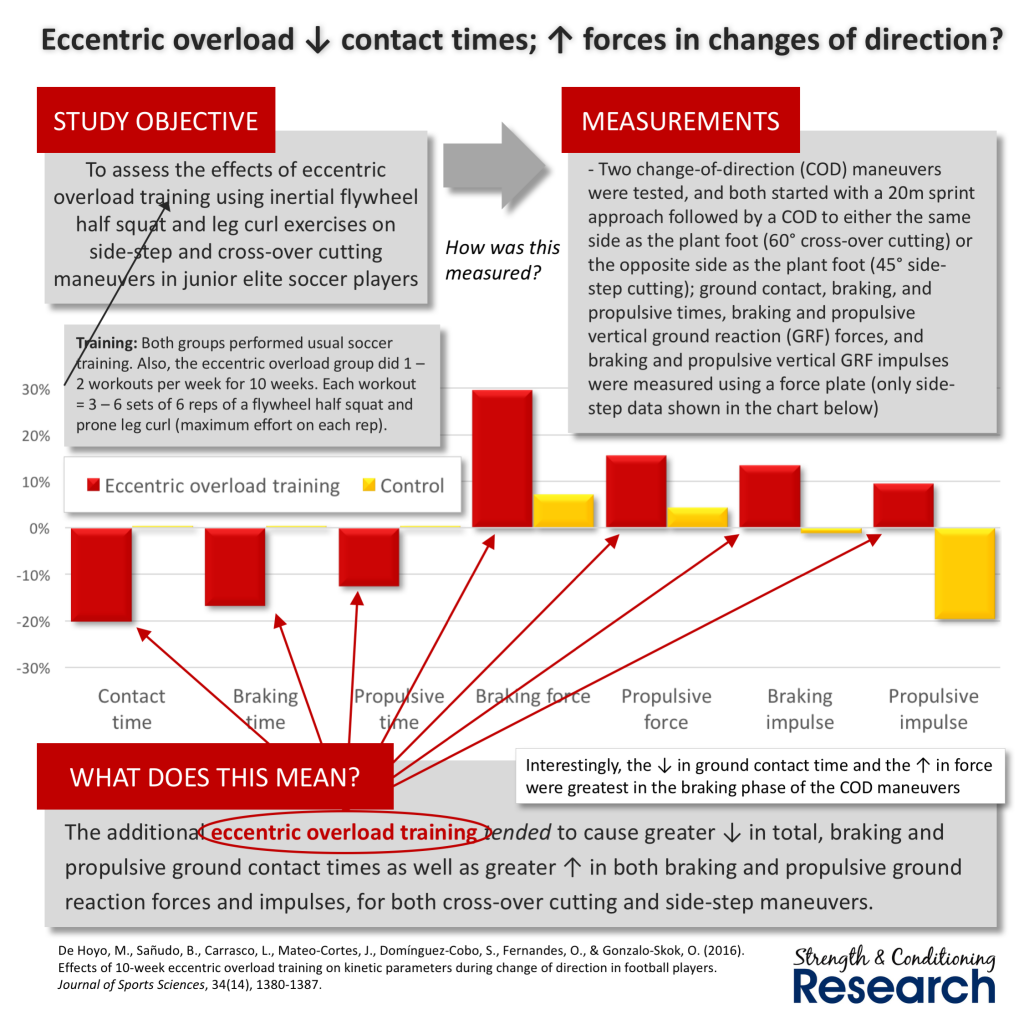 Chris Beardsley is the Director at Strength & Conditioning Research Limited where he breaks down scientific research for practitioners.  View more of his great infographics on his Instagram account and more articles on his LinkedIn account.

Get more Behind the Science articles, hundreds of videos, articles and workouts and an active community of professionals in the IYCA Insiders Program.