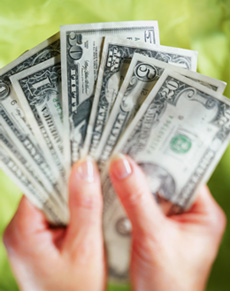 9.) Financial Justification – Most athlete programs are funded by parents or the school system or a possible sponsor. Parents can rationalize spending the dollars on a Youth Fitness Business and on their children more than themselves when it comes to physical fitness. Why? Parents view their children as “still having a chance” to achieve a dream or great feat. This brings us back to the adult client. Why doesn’t an adult view this the same way? Adults cannot justify spending the money on personal training or fitness because they face other expenses where they need to funnel their hard-earned money to. When it comes to personal health, adults try to rationalize with themselves by procrastinating, or trying to get healthier on their own. When they fail, they finally seek out a personal trainer. Certain adults are skeptical of this expense simply because they lack the confidence, commitment, and motivation needed to succeed.

Yup, parents will pay for their kids while sacrificing for themselves. True. But the fitness industry generates more than $100 billion every year in the United States alone – people ARE paying for service and product.

Worth mentioning… Certainly, parents pay big time for youth sports, but school systems or sponsors? I’ve worked in this demographic for a long time and not seen more than a few isolated cases of that being true. Even high school sports teams have ‘pay-to-play’ scenarios in many cases. 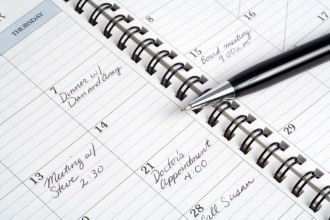 10.) Motivation/Adherence – How many times has an adult client canceled a session on you? Emergencies, unexpected events, long work hours, and picking the kids up a daycare are all REAL excuses that adults face today. Along with reason #1 (of this list), adults face an uphill battle when adhering to an exercise program in which the fitness professional MUST demonstrate empathy–however, be tactful and concrete when establishing exceptions. Adults are accountable to many things during the day which makes it difficult to maintain a level of motivation that will be consistent through a duration of 4-8 weeks (or longer). Most young athletes will arrive de-motivated and disconcerted to a session, but soon become motivated due to the positive group dynamics of team training.

I re-offer my thoughts from #7. Motivation isn’t nearly as exuberant at the youth level as it may appear to be via common sense.

The average American child drops out of organized sport between the ages of 11 – 13. The most common reasons suggested are over-stress due to over-competitiveness and injury.

Think about that for one second. Kids drop out of organized sports because they are too stressed about winning and hyper-competition – lack of motivation is a MASSIVE difficulty in formal youth training settings.

How about these factors for the reverse being true (young athletes being harder to train than adults):

I don’t think myself right.

I think this is not unlike comparing apples to oranges – both demographics present with unique challenges and the professionals who work primarily with one group may not entirely understand all there is involved with the other.

I can tell you one thing, though…

John Izzo is as passionate as they get and I adore the fact he is constantly willing to look in the mirror at what he does in order to ascertain information and get better.

If you haven’t already, take a hint from the man…