Let’s face it, parents and coaches want to see athletes tested and measured against other athletes. There is a sense of competition, rightfully so, in training this competition drives athletes to get better and become the best athletes possible.

Not every athlete you see will become a superstar, but each athlete can reach his or her own full potential. To find that potential we must test and measure our athletes. I will leave the testing to the professionals; I am too far removed from being in the trenches to suggest what might constitute a testing protocol. I can however tell you what we have done at Athletic Revolution Bloomington and Force Fitness.

We work with hundreds of athletes in a given month. Some are in our long-term development programs and others are in and out via clinics and academies. The one thing that I can promise you of all of them is that they want to be tested and measured against the best.

There are obviously restrictions to your testing protocols due to space and equipment limitation but you can still perform a few that will also help you generate more interest in your programs and have parents knocking down your door to get their athletes training with you.

The real gold in a testing system is not just in the ability to track the success of your training programs but also in its ability to generate leads. Every test has a leader or a top standard and most likely the athletes you are testing are not at or above that standard. This means that you have a reason to recommend your training programs to them to help them succeed. 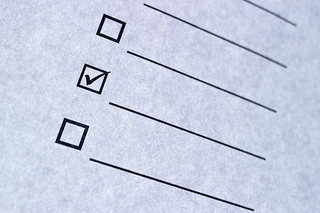 The first step in utilizing testing as a lead generator and client magnet is creating your testing system. Basic movements screens such as the FMS or the AR Big 5 can be used to test the athlete’s preparedness to perform other tests and resist injury. After you incorporate this type of testing you can include other tests for power and athleticism such as verticals, standing long jumps, 5-10-5, 20/40 yard dash, MB throws, beep tests or any of the other dozens of tests to measure athletic success.

While you and I know that these aren’t the only indicators for being a great athlete and that any type of training is likely to produce improvements and positive results in the tests the parents and coaches are highly motivated by the results of these tests. There is no need to fight the system; it is simply easier to make it work for you and to your advantage. The athletes will be testing and training with someone, I would prefer that it if it was with a highly qualified athletic development professional rather than a former high school football turned meat head that thinks the best way to improve your vertical jump is wearing those funny shoes and running around for miles at a time.

So, now what? You have the testing protocol lined up now it is time to find the standards. There are tons of online resources for the standards for performance tests or you can create your own based off athlete scores in your program. Either will work because the magic isn’t in the standards it is in the process of the follow up.

Setting up your performance testing days should be relatively easy. The first option is to run your own testing days in house. If you have a facility you can dedicate a Saturday or Sunday to testing days and invite all of your current athletes, parents, coaches in your networks and their athletes. The more new athletes the better. The second option is to leverage your network to contact coaches or league organizers to test their individual teams. Most coaches and parents are eager to get their athletes tested so it should be an easy sell.

Now that you have set up your chance to be in contact with dozens or possibly hundreds of athletes, their parents and coaches you have the chance to introduce them to your programs. During the testing each athlete should be given a testing card. On this card you will have all of the tests, a place to record their results and a place to make recommendations for improvement. After each athlete completes their testing you take their card from them so that you can write your recommendation in on the card for improvements. Depending on the set up of the testing and number of athletes you are testing you can either send this home with them or email it to them later.

On your recommendation you will let the parents know how you can help their athlete improve. Highlight their strong areas but also emphasize their weak points and list what is needed to improve these weak areas. Once you have identified the weak areas and the solution to improve them make the parents and offer to being training with you. If you are presenting this info to the coach you can offer an academy to improve the teams weaknesses.

This is a simple lead generator that will set you apart from every other performance coach in your area and have parents and coaches knocking down your door and calling non stop to get their athletes in your programs. Once you deliver the results and re-test the athletes they will be sold!