If you are familiar with the FMS, or Functional Movement Screen, then you probably have a general understanding of what rotary stability is. This is the movement screen where we get on the ground and see what kind of stability the body has in the quadruped position by performing a birddog. We are simply looking to see if the client or athlete can stabilize the trunk without dropping to one side when lifting the opposite arm and leg from all fours.

If we see a dysfunction or lack of ability to control the core on this movement, we can safely assume that the athlete has a lack of rotary stability, or loss of inner core function. I am frequently asked what such findings might indicate.

The way I see it, rotary stability plays a huge role in performance and longevity. If you want to perform at your true capabilities, you better have a solid base to work from. Also, if your stability within the core is weak, there is going to be a much greater likelihood of sustaining a non-contact injury in the wrist, elbow, shoulder, low back, or knee. Basically, if the core cannot do it’s job to transmit forces effectively, one or more of the joints away from the center of the body will be adversely affected.

With regard to performance, strength, and power output, if the body has a dysfunction in rotary stability, the inner core most likely lacks the ability to fire properly to stabilize the body. This is generally a timing and motor control issue rather than a strength deficit. The inner core is not really designed to be strong but rather fast and efficient. The deep muscles within the core need to fire before anything else in order to adequately brace and protect the spine. This rapid firing allows the core to stabilize, creating a solid base from which to move the arms and legs.

If an athlete loses rotary stability, it is akin to trying to fire a cannon from a canoe. If he or she were going to be using heavy artillery like a cannon ball, it would obviously be best to establish a heavy-duty base of support from which to shoot. It makes more sense to use heavy artillery from a battleship, not a canoe. 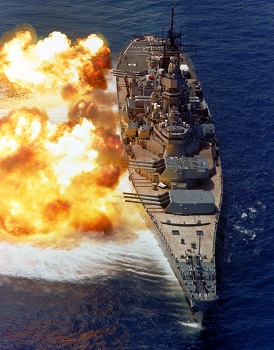 If the athlete tried to shoot a heavy duty cannon from a dinky little canoe, it would blow that thing into the water. The canoe would be damaged due to the extreme and violent force associated with the cannon’s firing. However, if that same cannon were fired from a battleship, the strength and stability of the vessel would be more than enough to handle the recoil and fire the weapon as intended.

If you are an athlete trying to perform on an unstable base, you are basically trying to fire a cannon from a canoe. This will result in a decrease in true performance levels and an increased likelihood of injury. If this basic pattern is not addressed and you continue to get stronger, the chances of injury increase, as well. Continuing the analogy further, the net effect is added power to the cannon without any attempt to address the inadequate base.

Check out more on rotary stability and breathing here: