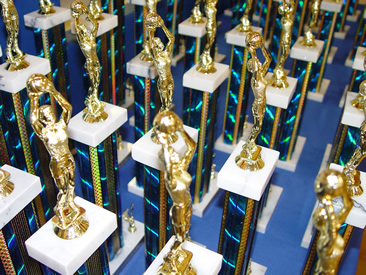 I just can’t shake the awful feeling.  In a mixture of emotions that included gratitude, despair, frustration, and anger, I recently watched my oldest child, my six year old daughter Brynnan, play tee ball.  I have been involved with young athletes for quite a long time, and have worked with developed athletes even longer.  However, this year marks my first foray as a parent to a young athlete playing organized sports.  And wow, what an experience.

First, the gratitude.  I am SO very thankful that my daughter ended up on the team she is on.  By mere chance she was assigned to a team that has a fabulous staff of three volunteers who “get it.”  Practices are fun and geared toward acquiring skills that will help the young athletes be successful both now and in the future.  Teamwork and cooperation are stressed.  Make no mistake, though, the coaching staff wants to win.  However, I thoroughly enjoy and appreciate the good dose of real-world perspective they bring to the ballpark.

Contrast that to the team my daughter played.  The first thing I noticed was that the pitcher, who also happened to be the coach’s son, never once threw a fielded ball to the first baseman.  In tee-ball, kids are not particularly fast to begin with, and there isn’t a tremendous amount of difference in foot speed between players either.  If the pitcher can cleanly field a batted ball, he/she is likely closer to first base than the batter.  It then becomes a foot race to the bag.  By coaching his kid to field the ball and run to the base, this joker of a coach was helping to ensure his team would win.  After all, doing so eliminates the possibility of either a throwing error by the pitcher or a fielding/catching error by the first baseman.

However, can something be said for teaching kids and preparing them for the next level?  I wonder what Albert Pujols would do if Chris Carpenter ran every infield hit to the bag?  Not only is it stupid, it is so disrespectful to the kid on first.  “We don’t trust you can catch, so the pitcher is just gonna handle the whole thing.  Thanks anyway, kid.”

Seriously, if winning the league title for 6 year-olds playing tee ball is really that important to this coach, he needs to take a hard look in the mirror.  Later in the game, after one of his players was called out for running out of the baseline to avoid a tag while running from second to third, the coach yelled to “just run him over next time!”  I couldn’t believe what I was seeing and hearing.

I’m all for winning.  Heaven knows I have been on my fair share of losing efforts, and I certainly prefer the feeling after a big win.  But seriously, what are we trying to teach our kids?  Winning at all costs is most important?  Sportsmanship and fair play are antiquated ideas observed by losers?

I’ll go so far as to say that based on my observations of the game, this particular coach is pathetic and damaging, seeking only to boost his own fragile ego by winning.  To him I say loudly, “WHO CARES?” You can have it.  While your kids are being taught to be bullies and to win at tee-ball, my daughter is learning movement skills and sport skills that will take her to the next level and beyond.  Or not.  Even if she chooses to never play again, she will be a more proficient mover and better prepared for whatever she elects to do next.

I’m sure if they handed out trophies for that, though, Coach Runemover would surely figure out a way to win that too.

Toby Brooks is Director of Research & Development for the IYCA. He is also currently an Assistant Professor in the Master of Athletic Training Program at the Texas Tech University Health Science Center in Lubbock, TX and is Co-Founder and Creative Director of NiTROhype Creative.