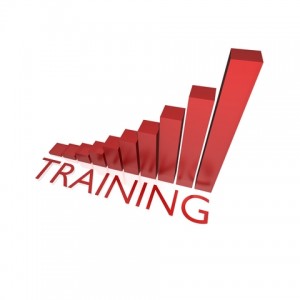 Originally developed by Romanian exercise scientist Tudor Bompa for a number of Eastern Bloc countries in the early sixties, periodization involves the breakdown of the annual conditioning plan into specific training phases intended to maximize training effectiveness and sport-specific strength and skill acquisition. In practice, a periodized conditioning program might involve a strength phase followed by a power phase, then the power phase followed by an endurance phase. The model has been widely researched and the consistent positive benefits of periodized training programs are largely credited for the rise to prominence on the global athletic stage many Eastern Bloc countries enjoyed following implementation of Bompa’s methods.

The problem with the traditional periodized model with respect to young athlete is that typically one physical quality is emphasized at the expense of previously trained qualities. For instance, when transitioning from strength to power, there is very little focus on retaining loads to maintain the previously developed levels of strength. In contrast, Issurin has suggested a modified "block periodization" model that is crafted to place a specific emphasis on one focal quality per mesocycle (i.e. maximal strength, power, endurance, etc.) but always includes retaining loads for the non-focal qualities of the mesocycle as well. Simply put, block periodization is intended to prevent detraining in physical qualities developed in previous cycles.

While the block periodization method is preferred with high-level athletes, it is important to remember that novice athletes, particularly the young athlete with a high degree of neural plasticity, can and will adapt to almost any training stimulus. The IYCA Philosophy is clear: Most everything is effective, but not everything is optimal. Even concurrently training multiple competing physical qualities (such as maximal strength and anaerobic endurance) will result in a positive adaptation to both qualities to some extent. Over time, however, as the athlete becomes better developed, the quality and focus of programming must improve.

So what does that mean in practice? The truth is that the Youth Fitness Specialist should be as forward thinking as possible with respect to crafting training loads, volume, intensity, and other aspects of program design. However, the simple fact that the youth athlete is very much in a constant state of flux and controlled turmoil means that even the best laid plans may have to take a backseat to a bad day. A young athlete who reports for training in the afternoon after a long day of academic, social, and familial pressures, often coupled with inadequate nutrition and sleep patterns, is not an ideal candidate for heavy loading despite what the well-conceived periodized conditioning plan might say.

So what is the bottom line? Periodization is undoubtedly an effective means through which to craft effective programming designed to minimize the likelihood of overtraining and maximize the response to training. However, unlike more mature athletes, a young athlete is oftentimes even more sensitive to additional (i.e. "nontraining") stressors. As such, strict adherence to a periodized plan despite obvious evidences of potential overtraining is a recipe for diminished effectiveness, compromised performance, and increased risk for injury. As such the YFS should utilize periodization concepts in concert with a regular serial evaluation of the athlete’s response to training.

Dr. Toby Brooks serves at the Director of Research and Education for the IYCA. Brooks is currently an Assistant Professor in the Master of Athletic Training Program at the Texas Tech University Health Science Center in Lubbock Dr. Brooks has worked with numerous youth, collegiate, and professional athletes and previously owned and operated a youth athletic development business. He is also Co-Founder and Creative Director of NiTROHype Creative in Lubbock.