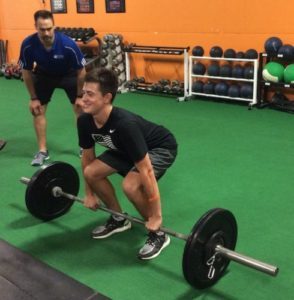 found their place in the training of elite athletes, the best way to utilize them with youth and adolescence athletes is still unclear.

At its core, strength training essentially gives an upgrade to basic motor patterns like squatting, hinging and pressing but also lunging, pulling and pushing, and this increase in muscular strength is an important part of the development of a young athlete. Long term athlete development (LTAD), however, is more than just making young athletes stronger. It is a multidisciplinary approach aimed to improve skills and physical attributes that are necessary to compete in sport.  It is a learning process that moves from the foundation of athleticism to the acquisition of sport-specific skills.

Olympic weightlifting is similar.  It requires a great deal of time to develop the skills and physical attributes necessary for athletes to excel in the snatch, clean and jerk. Many weightlifting experts such as Harvey Newton and Bob Takano have written and spoken about how much time and energy is required to develop great weightlifters. 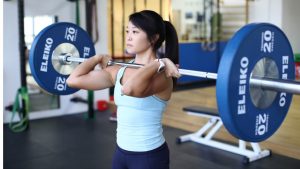 To make this happen, it would take about five years of training and competing in weightlifting, at an average of 2000 repetitions a year to become proficient in the snatch, clean and jerk.  This comes out to approximately 40 repetitions a week divided between the three major lifts and their derivatives.  With the average number of lifting sessions per week being only two (2) for high school athletes and younger, 20 reps a day would need to be performed.  If there was a focus on quality & intensity, 20 repetitions would make up almost 50% of the total average training volume for a single training session of approximately 60 minutes, which will typically also include speed, agility and accessory strength training.

Athletes would have to start this kind of training program in 8th grade and continue, year-round until graduation to get the requisite number of repetitions to be proficient in the eyes of the experts cited above.  This is a tremendous amount of time and effort that most coaches, athletes or parents would never commit to.

Still, many coaches prescribe Olympic weightlifting to young athletes in an effort to harness the power development benefits of the exercises, not worrying about proficiency.  Many coaches spend less than a week teaching the lifts before loading them and testing athletes.  If they’re lucky, young athletes will be taught the lifts through a progression that might take several weeks.

This is a stark contrast to the way master-level coaches like Takano and Madvedyev suggest.

Both Faigenbaum (2009) and Molina (2006) have warned coaches about this thought process.  They have explained that, if an athlete does not have the necessary amount of time to gain proficiency in the snatch, clean and jerk, the risks associated with the exercises far exceed the benefits.

But, what if there was a way to teach young athletes how to perform Olympic-style weightlifting exercises as they learn how to squat, jump and throw or perform any of the fundamental motor skills needed to compete in sport?  Or take advantage of the benefits of OLY lifting without going through the arduous process of performing 10,000 repetitions?

Most adolescent athletes are still in the process of learning and mastering a broad variety of skills that represent the foundation of athleticism.  Making a teenage athlete stronger is certainly valuable, but strength training is usually not the primary goal for most athletes in a long term athlete development (LTAD) model. LTAD is not about training high school and collegiate athletes as they were weightlifters: it is about teaching them the proper skills/form to be able to benefit from a broad variety of movements that can, and will, improve performance on the field of play if properly executed in training.

It is rather intuitive, therefore, that time is a major limiting factor that can somehow compromise the ability to learn how snatch, 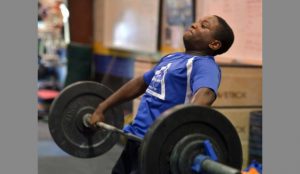 When it comes to developing a more explosive triple-extension (a skill that will be beneficial in a variety of sports), studies have shown that weighted pulls (Olympic-style pulls and high pulls from the ground and/or from the power position) can display similar, if not superior, results compared to the full snatch, clean and jerk. Because the technique requirements are so much lower when performing pulls (compared to the full version of each lift), they can be implemented into a program much quicker than the full lifts. Eliminating the catching phase of each lift also makes them much safer for inexperienced lifters.

When an inexperienced lifter is working with relatively low weights due to lack of technical skill, he/she will not derive the same benefit from the exercise compared to performing heavy Olympic-style weightlifting exercises.  The main benefit at this point is learning technique as he/she practices.  For an athlete who is not competing in the sport of weightlifting, this could be considered a waste of time.

On the other hand, pulling a bar from the power position into a shrug – the most basic variation of the weightlifting pull, called “extension” or simply “pull” – can be performed almost immediately by most athletes.

Recent studies have shown that peak power output does not really differ much from  the full execution of the snatch, clean and jerk and the “partial” execution of a pull or an high pull.  In fact, most studies are showing that peak power output is actually greater in the mid-thigh clean pull and/or power shrug compared to the full movements.  This means that athletes can learn how to be explosive and develop a stronger and more powerful musculature of the lower extremity simply by adding pulls and high pulls in their training instead of being required to spend the time to develop proficiency in the complete lifts.

Can they still learn how to snatch, clean and jerk?  Absolutely.  If they have the time, these are great exercise to learn and they can surely add some value to the training of young athletes. But, when time is limited, implementing a pulling variation is an excellent way to derive the benefits of Olympic lifting movements without forcing non-weightlifting athletes to spend the time to master the lifts.

Besides the performance benefits, another reason to teach pulls to young athletes involves a motor learning component.  Athletes seem to learn complex movement patterns by transferring skills from task to task.  This is the essence of the “transfer of learning theory” which states that the learning of complex skills – such as sport-specific skills – relies on what psychologists have named the transfer-appropriate processing (TAP) approach. This theory explains how complex, highly organized skills can be learned by adapting neurological patterns (i.e.inter- and intra-muscular coordination, timing, rate of force development and peak power output) previously learned to accomplish a new task.

This is more than just changing the superficial parameters on a set motor scheme as Schmidt originally suggested.  Instead, it appears that a brand new motor pattern can be created from scratch by transferring over skills previously learned in a different context. For instance, if an athlete already knows how to perform a kip (a fundamental skill in gymnastics), he or she will be more likely to learn how to pole vault – one of the most advanced, complicated skills in track and field – in a much more efficient way than an athlete who does not understand how to “pull him/herself into the bar.”  Similarly, if an athlete already knows how to jump, he or she will more easily learn how to perform a weighted pull from mid-thigh.  Once an athlete is familiar with a weighted pull, it will be easier for him/her to learn how to complete a full Olympic-weightlifting movement in the future.  So, the ability to forcefully extend the lower extremities, and transfer force from the lower body to the upper body, will be better able to transfer those skills to other movements such as a clean, snatch, tackle or throw.

Weighted pulls sit on a relatively low level along the motor learning continuum described by Antoinette Gentile in 1972.  Pulls and high pulls have a relatively low level of complexity and inter-trial variability – they are just “above” jumping skills in a theoretical hierarchy, but far below snatching, cleaning and jerking which represent a very high level of complexity and variability.

The learning process that takes place between being able to jump to learning how to pull, therefore, is much shorter than the one that takes place between being able to pull to learning how to snatch, clean and/or jerk.  Anyone who has experience teaching these skills knows this to be true. But, trying to go from a jump to a full Olympic movement is very difficult.  The intermediate step of teaching the pull is not only a great way to bridge that learning gap, it also give you a training tool that can derive immediate results.

As you can see, teaching and implementing Olympic lifting pulling variations with young athletes can have both training and motor learning benefits.  We know that young athletes benefit from the development of both strength and coordination, so it seems logical to utilize these movements as part of a long term approach.