Metabolic conditioning has been a “buzz phrase” in the fitness profession for many years now. Before that, it was the subject of research dating back at least 40 years.

So when I hear a certain “Biggest Loser” trainer telling the world she coined the phrase, I just have to shake my head.  Ummm, yeah….I’m gonna need you to stop that. If you could just go ahead and remember it’s a science phrase, that’d be great. Thanks!

Metabolic conditioning (metcon) has been defined as the use of exercise to increase the storage and delivery of energy for any activity.

Bergeron defined it in 2011 as “exercises that impose a moderate to high demand on the cardiovascular system and energy metabolism of the active muscle fibers to meet with the muscles’ repeated high energy requirement.” (Current Sports Medicine Reports, 2011)

Essentially, metabolic conditioning is the improvement of energy storage, delivery, and usage through the application of activity to the movement system of the body.

What is energy, exactly?

We’ve all felt a little less than energetic. We’ve probably all been in a room full of people brimming with energy. Little children seem to have endless amounts of it.

But what is energy as it relates to the human body? Where does the energy to run our body systems come from? What fuels movement? When we run low or need more, where does it come from?

The truth is that energy is all around us. All matter is energy, in all its forms. We use energy to workout and we use energy to drive our cars and heat our homes.

The first law of thermodynamics says that energy can be neither created nor destroyed. It can only change phase or form.

Einstein figured this out when he postulated his theory about energy. He used the formula E=mc² to explain it. E is energy, m the mass of an object while the c² represents a constant, in this case, the speed of light in a vacuum. By his formula, we can ascertain the amount of energy inside any mass. A change in the energy of an object would result in the mass changing and vice-versa. He created his now-famous formula to quantify the way in which mass releases energy, and how a huge amount of energy can be released from a relatively small amount of mass. He also realized that there is a lot more energy inside an atom than in its valence electrons (unpaired electrons in the outer shell of an atom.) So if you split an atom, you release an amount of energy many times that contained in the electrons in the shell.

But, let’s talk about how this applies to us and the energy our athletes need – the energy for movement and cellular activity. To better understand metabolic conditioning and its impact on energy storage, delivery, and usage, let’s, as the King said to Alice, “begin at the beginning.”

Adenosine Triphosphate (ATP) is the secret sauce for physical activity. It’s been called the “molecular unit of currency.”

All energy in the human body comes from the conversion of this high-energy, badass phosphate to lower energy, less-badass phosphates. In the simplest form of energy transfer,  a hydrolytic process takes place (meaning water is required,) and ATP is converted to ADP (Adenosine Diphosphate) or AMP (Adenosine Monophosphate – this occurs with far less frequency.) Some energy, some heat, and one proton are released. Then, the ADP molecule connects with an inorganic phosphate to resynthesize the ATP molecule.

Here’s an easy way to put it. A ball with 3 legs and a hat gets splashed with water. A spark flies out (energy,) there’s a short burst of flame (heat) and the hat (hydrogen) and one leg (phosphate) fall off. After the water clears, the ball goes looking for a fresh hat and a new leg, which are apparently pretty easy to find. And just like that, we have another 3-legged ball and the whole dance starts again.

But even with a cool, easy visual like that, the process of energy production is not that simple. Since we use muscle and body systems in different ways and for different periods of time, using different muscles and types of muscles, we need different energy delivery methods to match the needs of each.

There are 3 different energy systems we work with. Which one takes the lead depends on how long, and how hard, we ask the body to go.  Let’s explore how these work and how they relate to metabolic conditioning.

If you want to go hard and fast, but not very long, it’s all about the ATP-CP. The ATP-CP system, also called the Phospagenic pathway, is the system of choice when full power or intensity is needed for a short period. When maximal or near maximal power is needed by muscles, the demand for ATP goes through the roof. Just gotta have it and gotta have it now!

The ATP-CP system is the quickest way to resynthesize ATP and deliver the goods. Creatine Phosphate, or CP, is stored in muscle and is happy to donate a phosphate to the cause in order to facilitate the resynthesis process. At least, nobody’s heard CP complaining about it to date. When muscles use ATP for energy and leave behind ADP, CP provides a phosphate so ADP can become ATP. So, ADP + CP = ATP + C. That Creatine molecule will then pick up an inorganic phosphate and re-form CP. 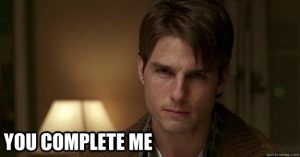 This is an anaerobic energy system, as no oxygen is needed to resynthesize ATP. No fats or carbohydrates are required, either. Because of the speed of the process, it is ideal for high-intensity activities lasting no more than about 30 seconds. But there is also a limited supply of stored ATP and CP in skeletal muscle, so fatigue hits fast, and often hard.

To recap, the Phosphagen energy system is ideal for short-duration, high-intensity muscular activity because:

Sprints, Olympic and maximal lifts come to mind. Sports like football, baseball, softball and track and field events like the 100m dash, throws and jumps also fit this pathway. Due to the massive, rapid power output here, recovery can be anywhere from 1 to 5 minutes, depending on the current conditioning level of your athlete or client.  Typically, coaches refer to this kind of training as more explosive in nature, but it can have a role in metabolic conditioning if programmed correctly.

But what happens when we want to go at it a little longer, but still put some oomph in the work? Well, we have an app for that. Okay, an energy system.

The Glycolytic energy system is designed for activity between 30-60 seconds and up to 4 minutes, depending, of course, on which studies you believe. It’s the next fastest method of resynthesizing ATP.

Here, carbohydrate is broken down through a series of chemical reactions to form pyruvate. The first of these is a process called glycogenolysis, where glycogen is broken down into glucose. Each molecule of glucose that is broken down to pyruvate in this process yields 2 molecules of ATP.

The trade-off here is that not a lot of energy is really created, but the process is pretty fast. When glucose breaks down to pyruvate, it can go one of two ways: it can be converted to lactate or converted to a metabolic intermediary known as acetyl coenzyme A, or acetyl-CoA. Acetyl-CoA is sucked up by mitochondria for oxidation and production of more ATP.

Sometimes, though, this method of energy problems has issues. When oxygen isn’t supplied to muscles el rapido, anaerobic glycolysis takes place. Anaerobic glycolysis is a dirty slob. It leaves behind a mess of hydrogen ions, causing muscle pH to drop. This is known as acidosis. But that’s not all. We also get a buildup of other metabolites like ADP, inorganic potassium and free Potassium ions.

As you might imagine, all this metabolite trash causes trouble. Here’s some of what can go wrong:

This all contributes to a reduction in the ability of muscles to contract effectively. As a result, muscle force production falls and exercise intensity decreases. In other words, you lose strength and power.

Working sets of weightlifting, jump rope sets and running distances of 400m and up come to mind as representative of activities needing this energy system. Sports like hockey, soccer, lacrosse and basketball also fit this pathway. Recovery time here is generally 1 to 3 minutes.  When most people talk about metabolic conditioning, it is usually the anaerobic energy system that gets challenged.

The aerobic system is quite complex, the most complex of the three systems. This is likely an outcropping of the long-held understanding that the human body evolved for aerobic activity. Aerobic metabolic reactions, which happen with oxygen, are the genesis for the majority of cellular energy in the body. This form of ATP resynthesis is the slowest of the three types. 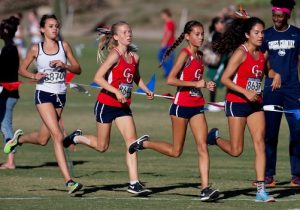 (Photo by Terry Pierson, The Press-Enterprise/SCNG)

Here’s how it happens:

For carbohydrates, glycolysis metabolizes glucose and glycogen into pyruvate. This is used to create acetyl-CoA, which makes its way to the Krebs cycle. The resulting electrons are transported along the electron transport chain, with ATP and water being produced.

When glucose is completely oxidized via glycolysis, the Krebs cycle and the electron transport chain, the resulting yield is 36 molecules of ATP for every glucose molecule metabolized. So for those of you keeping score at home, that’s 18 times the amount produced by anaerobic glycolysis.

When the aerobic system relies on fat for energy, things are a little different. Fat is stored as triglyceride and can be found in skeletal muscles, where it’s called intramuscular triglyceride, and in adipose tissue under the skin. Fat represents the most plentiful source of energy in the body. Yes, even if you’re not “fat.”

Triglycerides are broken down through lipolysis into free fatty acids and glycerol. The free fatty acids are shipped off to the muscle mitochondria, where carbon atoms swing into action to produce acetyl-CoA in a process called beta-oxidation. Once acetyl-CoA has been formed, fat metabolism looks just like carb metabolism. Electrons go to the electron transport chain and form water and ATP, acetyl-CoA gets crammed into the Krebs cycle.

The result? Fatty acid palmitate produces 129 molecules of ATP. This helps explain why low-intensity activity in the “aerobic zone” can be continued for such long periods, often until the exerciser nods off and tumbles off the treadmill…

For activities lasting longer than 5 minutes, the Aerobic system is the energy provider of choice for the body. Capable of handling easy to moderate intensity activity for hours, it can generally also recover quickly. 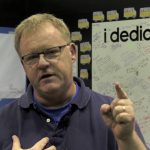 Bio: Coach Phil Hueston is not just another pretty trainer. With over 18 years of in-the-trenches experience with athletes ages 6 to 60, he brings a unique skill-set to the improvement of his athletes. The author of the Amazon best-seller “Alchemy; Where the Art and Science Collide in Youth Fitness,” his client list includes professional athletes, collegiate athletes as well as thousands of youth athletes. Phil has been the co-owner of All-Star Sports Academy in Toms River, NJ, one of the largest and most successful youth and family fitness centers in New Jersey since 2008. He was named “Coach of the Year” by the IYCA for 2012-2013.  A contributor to IYCA.org and coach to other coaches, Phil provides unique insights and ideas that can help other coaches accelerate their clients’ progress and performance. Phil is married to the woman responsible for his entry into the fitness profession, MaryJo. Between them they have 2 grown children, Nate and Andrew, and 99 problems.  Phil’s personal website is coachphilhueston.com, and he can be contacted at phil.hueston@hotmail.com