Most people see a problem and complain about it.  Other people grab the bull by the horns and do something about.

When John Welbourn saw an opportunity to make a change, he stepped up and decided to ruffle some feathers.

Making a change to an existing structure or organization is not easy.  That’s why it’s so impressive that the gang at Power Athlete – John Welbourn, Tex McQuilken and Luke Summers – has been able to influence the way CrossFit boxes around the world approach training. 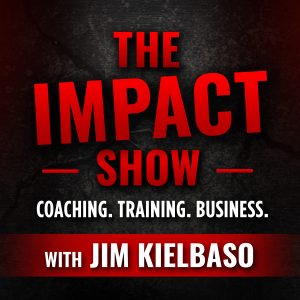 Click here to listen to Ep. 40 of The Impact Show – Making an Impact From the Inside with Power Athlete.

After a very successful career in the NFL, CrossFit approached John Welbourn about creating a training program for football players.  He knew that a traditional CrossFit program was not appropriate for football players, so he was reluctant to accept the offer.  Instead of declining, he saw an opportunity to make a difference from the inside, so he accepted the challenge.  He embarked on a mission to teach CrossFit trainers the difference between traditional CrossFit and a systematic and progressive training program for athletes.

Of course, this was met with resistance, but that did not deter John from spreading his message.  Over time, he was able to show coaches all over the world the light and his Power Athlete programs are now a part of CrossFit boxes all over the world.

Along the way, Tex McQuilken and Luke Summers joined the mission and helped speed up the process to create more 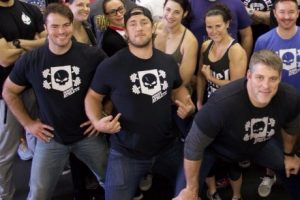 momentum than ever.  Together, this colorful band of characters has a serious mission and a strong educational background.

In this episode of The Impact Show, we get to hear how these guys are making a difference from the inside.  They discuss all of the struggles with this approach as well as their successes and how they are making a difference.  We also talk about how difficult it can be to change peoples minds, especially when their education is somewhat limited.

Power Athlete is about to embark on a new journey as they open a new facility in Texas, so we also get to hear their thought process on this move from California and what they’re doing to prepare for it.

For more information on Power Athlete programs, visit PowerAthleteHQ or listen to Power Athlete Radio on your favorite podcast platform.