As young athletes develop, their bodies adapt in many interesting ways.   The nervous system, musculoskeletal system, and cardiovascular systems are in a constant state of adaptation as young athletes play, train and practice sports.  Most coaches look for structural changes that result in stronger, faster and more resilient athletes, but those changes are typically preceded by changes in the nervous system that aren’t recognized as easily.  While these neural changes may not be seen as easily, they often have a huge influence on the structural adaptations (i.e. strength, speed, size, power) coaches desire.  It’s important to understand that sport-specific structural adaptation can actually occur as a consequence of the pre-existing traits of an athlete’s motor behavior.

There are aspects of an athlete’s general motor behavior that cannot be learned and cannot be changed; they permanently affect the ability to perform in sport.  Laterality – “functional laterality,” as it has been more recently described – represents one of these motor behavioral traits, as it defines the “preferential use and superior functioning of either the left or right side of the body” (Pavlicikova, 2012); it represents the last stage of a progressive, physiological establishment of left and/or right dominance in the early stage of growth and maturation that significantly influence both structural and functional adaptation in sport.

Left and right dominance, once permanently established, define laterality: a long-lasting, permanent establishment of specific motor patterns achieved through the preferential use of one limb over the other.  Thus, laterality is more than just handedness; it includes all of the body control, movements and coordination associated with a dominant side of the body.  While evidence in the literature has shown that laterality does not need to be addressed as a problem, asymmetry (often created through the process of establishing laterality) represents a biomechanical impairment that needs to be corrected.

Laterality, a concept often confused with dominance and asymmetry, represents one of the many traits of an athlete’s motor behavior. According to the theory known as “sport specific kinetic adaptation” (Fousekis, Tsepis and Vagensa, 2010), laterality can promote the development of muscular asymmetry ultimately affecting long-term athletic development.  For example, a deficit between the dominant and non-dominant limbs is considered as one of the major risk factors in the overall incidence of non-contact injuries.  Besides injuries, asymmetry significantly affects the ability to perform sport specific skills involving both closed and open kinetic chain movements (CKC/OKC), potentially affecting performance. 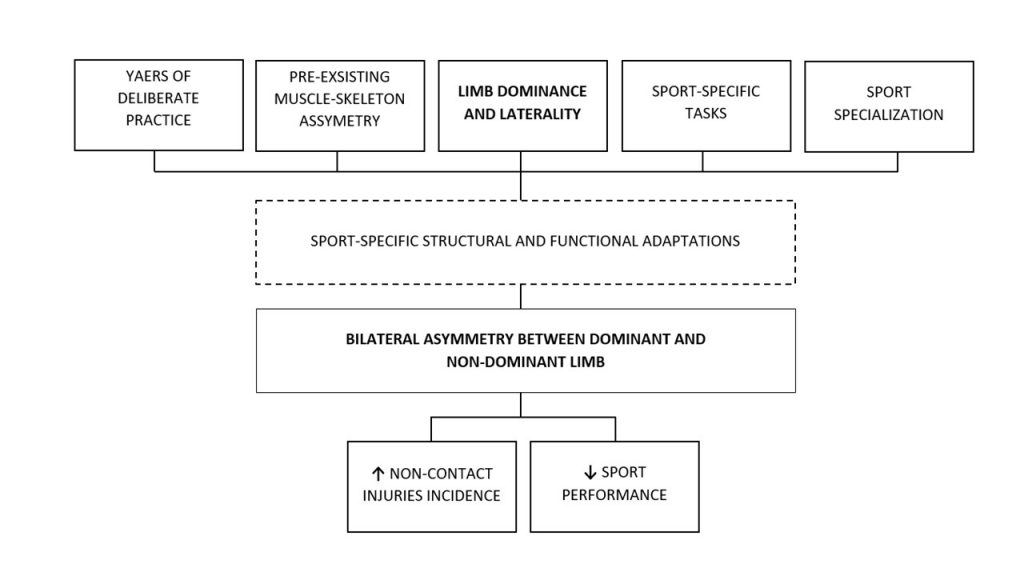 The severity of the imbalance depends on many factors including pre-existing structural asymmetries, years of sport-specific training, and a series of kinematic variants related to the tasks involved in practice and competition. Bilateral asymmetry is the outcome of a functional deficit between dominant and non-dominant limb, a discrepancy between left and right side of the body as they both contribute to the execution of closed kinetic chain (CKC) movements.

This is not simply handedness nor footedness; it does not result from the establishment of right and left dominance in open kinetic chain (OKC) movements such as throwing or kicking a ball. Bilateral asymmetry emerges as a consequence of laterality as laterality affects both the acquisition and practice of new skills.

Laterality, therefore, affects symmetry, and this asymmetry can create a functional deficit that may ultimately affect performance.

Bilateral transfer of training has been shown to address the neurological factors involved in coordinating sport-specific motor patterns performed with both dominant and non-dominant limb.  A functional deficit between the left and right side of the body does not entirely depend on the neurological difference between opposite cerebral hemispheres as much as it depends on their reciprocal interaction. According to the theory known as “motor control explanation in bilateral transfer of training”, skill performed with the dominant limb seems to positively affect the neurological mechanism responsible for improving motor control in the contralateral limb, overall decreasing the functional gap between right and left sides of the body.

Sport-specific exercises performed with the preferential use of the dominant limb have been shown to positively transfer to the contralateral extremity: however, the opposite mechanism – non-dominant to dominant transfer – has shown to be less effective. 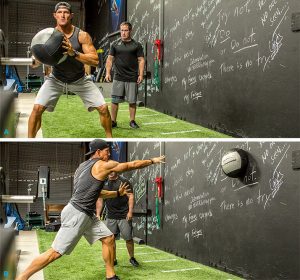 Examples are sport specific exercises involving acceleration, deceleration and change of direction drills (agility drills) performed in both an open and/or closed skill situation, linear and rotational throws and a wide variety of technical drills involving eye-hand and eye-foot coordination activities where the dominant limb is used according to the physiological preference of the athlete.

Unilateral training, on the other hand, has been shown to address the neurological factors involved in coordinating gross motor patterns, as they reflect the overall ability to perform movements in sport. The term “force control mechanisms” is used to describe a set of gross motor skills such as force production, force absorption, rate of force development (RFD), intramuscular and intermuscular coordination, co-contraction and inhibition, as they reflect the activity of the cerebellum adjusting to the surrounding environment.

Gross motor skills that significantly affect the ability to perform sport-specific tasks (force control mechanisms) have been shown to pertain to the preferential limb only, with no transfer between right and left limb regardless of dominance and functional preferences. Examples are: special strength training exercises characterized by fast, powerful movements 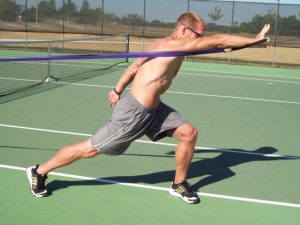 General strength training exercises are still considered an essential component of any corrective protocol aimed to narrow the functional deficit between dominant and non-dominant limb. Structural components of muscular asymmetry can only be addressed if the muscular system is equally developed, regardless of dominance. Different attributes of the neuromuscular system – maximum strength, power, reactive strength, eccentric strength and isometric strength – but also local endurance, range of motion and general coordination in the non-dominant limb need to be specifically address in order to compensate for the lack of training due to the preferential use of the dominant limb. 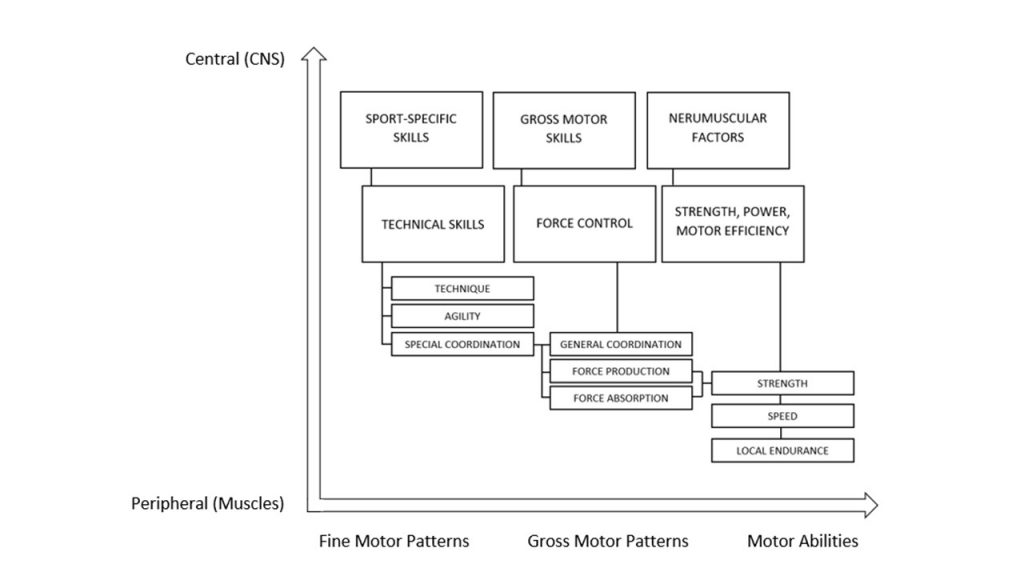 Bilateral asymmetry is expected and tolerated in sports where laterality is a characteristic trait of the tasks being performed. Strength, speed, endurance but also range of motion and coordination between dominant and non-dominant limb need to be equally developed in order to narrow the functional deficit that occurs as a consequence of laterality. Examples are: maximal effort (both eccentric and concentric), dynamic effort and repetitive effort performed with the preferential use of the non-dominant limb but also, isometric exercises, mobility and flexibility drills that target specific joints and muscle within the weaker muscle chain.

It needs to be considered, however, how sports are, for the most part, asymmetrical in nature. Bilateral asymmetry, to a certain extent, is therefore tolerated as long as the functional gap between dominant and non-dominant limb is lower than 7-12%. Functional performance test (FPT) – tests that are designed to bridge the gap between general physical tests and full, unrestricted athletic activity (Manske, and Reiman, 2013) – can help detect imbalances and quantifying their nature providing invaluable information to develop corrective programs based on the athlete’s specific needs.  Any deficit in excess of 15% – a level of symmetry lower than 85% – has been shown to significantly increase the risk on non-contact injuries in sport, potentially affecting performance.

We can help young athletes correct asymmetries and develop into well-rounded, balanced athletes.  Giving young athletes unilateral activities with both arms/legs will help to ward off issues down the road.