When Is Creatine Safe for Young Athletes? 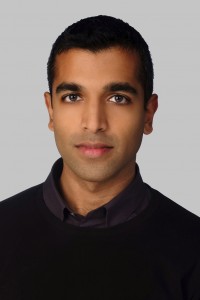 If there were a supplement hall of fame, creatine would make it on the first ballot. With countless well-conducted studies showing benefit for muscle and performance gains and a remarkably low rate of side effects, creatine is often the first supplement that athletes turn to after protein powders. Creatine also happens to work more reliably than pretty much any other athletic supplement out there (check out summaries of hundreds of studies on Examine.com’s creatine page).

But no matter the safety profile, supplements in general tend to have a negative connotation in some circles, with creatine often leading the way due to its popularity. And when it comes to supplementation in youth, concerns are heightened, as they probably should be. Parents and coaches often feel an implicit responsibility for the health and well-being of youth athletes. So while there’s copious research showing that creatine is safe for young athletes, it’s worthwhile to understand exactly what the research says.

Creatine Is Different from Creatinine

Despite the many trials showing that creatine does not harm the kidneys (Example 1, Example 2, Example 3, Example 4), confusion still arises in those unfamiliar with the research. As a young grad student in nutrition, I was warned from my physician that protein and creatine wouldn’t help me gain muscle and posed a threat to my kidneys—that is, until a nephrologist (kidney doctor) set him straight: Not only is creatinine produced from creatine not correlated with kidney damage, but also weightlifters tend to have higher creatinine levels as well due to higher muscle mass.

What about Liver Damage and Cancer?

When kidney damage is claimed, you can be sure that liver damage claims aren’t far behind. The liver metabolizes food and supplements you take in, and the kidneys process waste products, so they often work in tandem. Studies unanimously show a lack of liver damage from supplementing creatine. Concerns about creatine and liver damage may stem from early studies showing an increase in liver enzymes in trials where participants took creatine and started an exercise routine. Once again, correlation does not mean causation. In this case, liver enzymes increased simply due to starting an exercise program and subjecting the liver to different stressors than it’s used to.

Cancer is not a monolithic disease but instead consists of many related diseases involving unregulated cell division. The one type of cancer that creatine is mentioned with is prostate cancer despite a lack of any evidence for this claim. One study showed that creatine can increase dihydrotestosterone (DHT) levels; however, not only was it a small and short-term study with findings that haven’t been replicated in other trials, but also increased DHT does not necessarily lead to prostate cancer. In addition, studies have shown that creatine has cancer-protective properties, such as protecting mitochondrial DNA and nuclear DNA from damage.(Example 1, Example 2). Given all these factors, the risk of creatine promoting cancer is quite low.

Concerns for Youth Athletes: Is Creatine Safe for Young Athletes?

Creatine could pose some issues for certain athletes, although that depends on if you dose it carefully. One of the ways in which creatine helps muscle growth is by drawing water into muscle tissue, which the body interprets as a stress and responds by increasing muscle growth. Yahoo! Especially since this isn’t subcutaneous water that gives a bloated look. However, for some athletes who need to keep an eye on weight (most famously, wrestlers) water weight fluctuation is a bigger deal, even if it leads to muscle growth. Luckily, the increase in weight is compensated by an increase in power.

The most commonly cited side effect of creatine is gastrointestinal upset. This depends a lot on the dose you take, so you’re much more likely to have stomach upset if you load creatine rather than take the same smaller dose each day. This isn’t just a side effect of creatine though; if you take in too much of many different things (for example, sugar), the substance will sit in your colon and cause havoc. Excess sugar is eaten by bacteria and makes you feel sick, and excess creatine sits in the colon and attracts water, which eventually can lead to diarrhea.

The takeaway for youth athletes? Don’t take too much creatine. And try to couple your creatine doses with extra liquid to prevent intestinal upset.

While creatine side effects are frequently demonized, creatine’s numerous other benefits are discussed less often than they should be. There are several studies on creatine helping younger athletes (Example 1, Example 2), but even more studies are coming out on creatine’s therapeutical potential to help battle diseases. For example, headaches, muscular dystrophy, and even leukemia (in an adjuvant capacity) have been shown to react favorably to creatine supplementation.

So is creatine safe for young athletes? Unlike many other supplements, creatine is not an unknown quantity. There have been hundreds of high-quality trials in humans on a variety of age groups and disease conditions. With all these studies having been conducted, the safety of creatine has been established. This is not a surprise, since your body already produces its own creatine, and it’s also found naturally in meat. While all supplements (including creatine) should be taken carefully and halted if the side-effects outweigh benefits, creatine is one that is likely to be safe and effective for both 18-year-olds and 88-year-olds.

If you struggle with recommending supplements to your young athletes, then the Examine.com Stack Guide is the perfect resource for you as a coach. It is impossible to sift through all the marketing material that supplement companies put out, let alone know what will keep your athletes safe, healthy, and off the banned list! Examine.com does all the research for you, giving you simple and easy breakdowns of what works and what is safe to use with your athletes. Make sure you pick up your copy today!

Get Your Supplement Stack Guide Today! 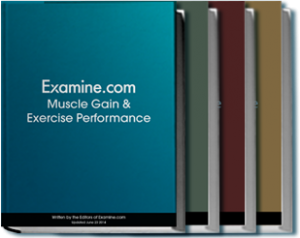 Kamal Patel is the director of Examine.com. He has an MBA and an MPH (Master of Public Health) from Johns Hopkins University, and he was pursuing his PhD in nutrition when he opted to go on hiatus to join Examine.com. He is dedicated to making scientific research in nutrition and supplementation accessible to everyone, providing well-researched answers to difficult questions such as “Is creatine safe for young athletes?”