I’m a big “why” guy in that I want to know the reason behind everything.  I probably drove my parents crazy as a kid as I tend to not take things at face value in search of the reasoning behind most everything.  My purpose is that it helps me make sense of what I am doing and therefore makes it more likely to get done!  For example, as I work with patients and clients to help their low back pain I make it a point to explain to them why I have prescribed a particular exercise 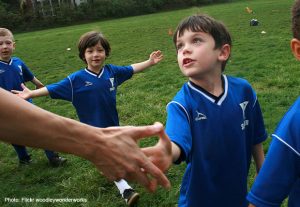 because it helps them to see the value in it, which makes it much more likely that they follow through.

I had an epiphany the other day while coaching my basketball teams.  For several years now I have had the pleasure of coaching 3 teams, both in basketball and soccer: two 3-4th grade teams (one boys and the other girls), and a 5-6th grade girls team.  I tell my kids and their parents each season that I learn more about coaching every year than the kids learn about playing, and this season is no exception.  While practicing the other day, I came to the realization that the kids are typically very good at following directions.  Actually, I noticed for the first time that they sometimes are too good at following directions!

The first example happened while working on rebounding during free throws.  My instruction to the players on the block was to “box out” the player in the slot above them when the ball left the shooter’s hands.  They did this very well, and I had the players rotate positions so everyone had a chance to be on the block.  I noticed several of the players would continue to box out their opponent even as the ball bounced past them toward the sideline.  Even after bringing it to their attention the behavior often continued.  Again, they did a great job boxing out which is what I instructed them to do!

The other example happened while working on a transition offense.  I placed floor spots toward either sideline in each half of the court and instructed the players to run to the spots when the player getting the rebound yelled “rebound”.  I would toss the ball off the backboard, grab the ball while calling out “rebound” and found myself looking at the back of my player’s heads!  Again, they did exactly what I instructed them to do which was run to the spots!

Inattentional blindness, also known as perceptual blindness, per Wikipedia is “a psychological lack of attention that is not associated with any vision defects or deficits.”  According to Daniel Simons it is “the failure to notice unexpected objects or events when attention is focused elsewhere.”(1)  If you’ve ever been completely focused upon a task and missed something completely obvious you have experienced inattentional blindness.  When it comes to coaching kids, especially the younger ones, I have learned that many (if not most) of the errors we see are due to inattentional blindness because of a multitude of factors.  You may have seen this video, but it’s a great example of Inattentional Blindness:

Provide a focus for every drill and activity

In the case of the rebounding drill my mistake was not making grabbing the ball the number one priority.  While boxing out is important, the purpose for doing 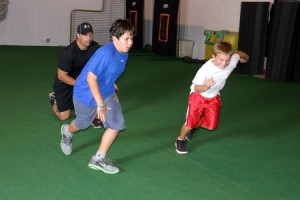 so is to increase the chances of coming up with the ball!  For the transition drill, my error was not telling the kids to be checking back to the ball in order to receive a pass, which is really the intent.  A clearer instruction would have been “run toward the spots, but be looking for the ball to get a pass.”  In both cases the kids were so focused on the original instruction that they did not perform properly.

When it comes to game performance we often see kids not making what appears to us as an obvious shot, pass, or other action.  Sadly it is also quite common to hear parents or coaches yelling something along the likes of “what the heck are you doing?”, making disgusted gestures, or worse.  I have been guilty of making hurtful statements early in my coaching career, but have since learned that the kids generally want to please us coaches more than anything!

When I see something on the court or field that doesn’t make sense or simply isn’t happening I now always review my instructions as a starting point.  From there I try to identify what is capturing the child’s attention.  Often, they need some ball handling drills to free up some of their focus so they can see shots and passes as they present themselves.  Other times it is simply working on body movement, control, and coordination such as is required for a smooth layup (do you realize how many kids cannot skip these days?).  We really do have an awesome responsibility as coaches, and we undoubtedly influence whether or not a child loves a particular sport.  An understanding of inattentional blindness will help make us all more effective at our jobs! 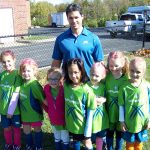 Jason Goumas, PT, CSAS is a physical therapist in Winchester, KY, just outside of Lexington.  He studied physical therapy at the University of Massachusetts, Lowell and has coached youth sports and performance for many years.  Jason received his CSAS Certification and is an active part of the IYCA Insiders program where he shares his thoughts and experiences with others in the group.

The IYCA Youth Fitness Specialist is the industry’s gold standard certification for youth fitness and sports performance.  Learn more about the YFS by clicking the image below. 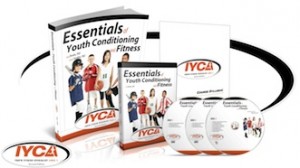