A lot of strength & conditioning professionals wonder how others have created strong businesses and niches in the industry.  In a nutshell, creating a niche is focusing your efforts on a specific group or sub-set of a larger population.  For example, you might focus your efforts on female soccer players, athletes 8-11 years old, adults over 65, high school hockey players, offensive linemen in football, or athletes recovering from an injury.  It doesn’t mean you won’t ever work with other people, but focusing on one group of people allows you to establish a foothold in one segment of a larger market, and gives you the opportunity to be “the expert” in a specific area.

Young coaches often look at the success of professionals like Eric Cressey in the baseball market or Jim Kielbaso in speed development and want to make that happen for themselves in other niches.  But, while most people choose their niche then try to market their services, it doesn’t always happen that way. 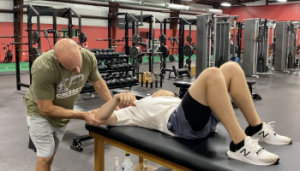 “It happened largely by accident” said Cressey in an interview with Jim Kielbaso. “I think there are definitely people that are certainly forcing it. That can be a tremendous thing for people, and I absolutely see the industry going in that direction, particularly as you look at what’s happening in the industry.  I saw the first sub-pectoral biceps tenodesis in major league history. That was a surgery that they really started doing fairly recently.  Cut Schilling was the first guy in major league baseball to have it, and now they’re giving them out like they’re candy.  We’re evolving pretty dramatically, both physiologically but also  in the context of how we treat different sporting demands, so you’re gonna see more of things like Jim Kielbaso is working with football guys, Mike Boyle working with hockey, Mike Robertson is working with soccer – that’s the direction I see this going. With that said, it’s really, really hard to force these things because there are a lot of things you have to realize.”

These people didn’t necessarily set out to dominate a specific niche.  “I was just obsessed with speed training and the mechanics involved early in my career,” says Jim Kielbaso.  “Before people were really talking about it, I recognized that we (strength & conditioning coaches) have a massive opportunity to help athletes by teaching them how to move more efficiently.  I called it Movement Training back in the 90’s, but that term has obviously changed through the years.  I was working more with 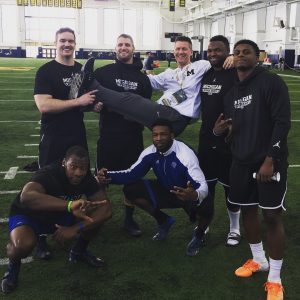 basketball players at the time, but I happened to help some football players improve their 40 times by teaching them more efficient mechanics.  Well, they told their friends, and those friends told others, and before you knew it I had all sorts of people coming to me to run faster.”

“You have to realize it’s important to be passionate about something beyond just monetary gains,” continues Cressey.  “So as an example, I did a little bit of NBA combine prep towards the end of my U-Conn experience so I had some time in it.  When you get into the baseball world, you realize that you’re swamped effectively the second week in September all the way up until the first week in March. And then you have basically six weeks to gather your thoughts before you start going with your summer guys.  So I’ve had some agents who represent baseball players whose agency also have basketball players and football guys and they’ve asked me if I’d be interested in doing NBA combine or NFL combine prep.  I realized that would literally be walking away from the four weeks of quiet that I get each year. You have to be passionate about it but you have to be passionate about it beyond just monetary gains because if I try to be everything to everybody, it doesn’t work.”

It seems that niches most often grow organically rather than artificially.  It’s not so much about finding a way to make money as it is finding a need, and being the right person to service that.  But, it’s also critical that you are passionate about a nice to become extremely invested and good at it.  It would be very difficult to work with soccer players all day if you don’t like the sport or culture of the sport.  Niches evolve when there is a need combined with passion and expertise.

“Nobody can read all the journal articles about pitching injuries and on top of that know how everything is changing in the NFL or NHL,” explains Cressey. “I think you also have to be good at it. Shoulders and elbows can be really, really complex. I’m a very good shoulder and elbow guy. I’m terrible when it comes to foot and ankle.  I probably wouldn’t be a good foot and ankle physical therapist. So, you have to be able to acquire the information easily to really take over a niche.”

“I was extremely fortunate to be around some of the right people early in my career that helped me understand speed development,” explains Kielbaso.  “Then, I got lucky with the fact that there are a lot of great athletes in the metro-Detroit area who want to get faster.”

“People have to realize that as well,” continues Cressey. “We wondered if we could this baseball training mecca in Hudson, Massachusetts?  We didn’t really know whether that’d be possible. We had to test the waters and eventually high school guys became college guys and college guys became pro guys and then we ultimately decided we could expand our reach by going to Florida.  I think your business model has to be able to accommodate it. You know it’s hard to really grow a specific niche if maybe you can’t outfit your facility to accommodate it. When you walk in our facility in Massachusetts, we’ve got two big tunnels for hitting, pitching, and video stuff. If we didn’t have that it would be harder to cater to baseball players.”

While you don’t have to change your entire training philosophy or marketing strategy, it’s important that you are constantly 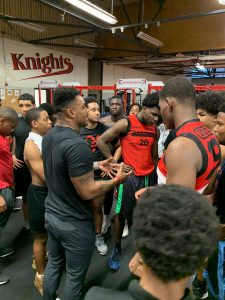 evolving and stay current with what is happening in particular segments of the industry.  Reading journal articles, attending conferences and sporting events, and fostering relationships with key people are all part of the process.

“I believe that one of the keys to success is fostering quality relationships,” says Kielbaso.  “I don’t think I could have grown my business without truly caring about the people and organizations I work with.  I’ve worked with groups in the past that I didn’t really enjoy for various reasons, and it’s very difficult to consistently pour your energy into those relationships.  Once you find people you connect with, you never seem to run out of energy.  Things just click.”

Sometimes that’s how you find your niche.  You work with enough people and groups that eventually one of them just feels “right.”  It’s also different for each person, and there is no right or wrong niche.  There are obviously certain niches that are more lucrative or sustainable, but that doesn’t mean they are right for you.

These things also take time, but when you think you’re getting some momentum in an area that is untapped, you may be on to something.

“It’s really hard if you’re not one of the first to market,” says Cressey. “We were probably the first people to do very specific baseball strength and conditioning. As much as the term is overused, we bridge the gap between rehab and high performance. That’s what you need for baseball, so you know, it’s really hard to compete against us if someone wants us to come to Massachusetts and try to compete with us in the context of training baseball players.  It’s a challenge because we’re also very well-connected.  If you have an elbow issue, we can get you in with an elbow specialist that afternoon if we want to. We know who the best physical therapists are. So, from a business standpoint, it’s very, very hard to compete with us in the baseball niche because we were one of the first to market and we’ve really worked hard to stay on top of things and really nurture that presence nationwide.”

Growing a niche is not a necessity in the sports performance industry, but it can be a way to differentiate yourself in a crowded field.  As you can see, niches often develop organically, but it’s also important to recognize when an opportunity has presented itself.

The youth training market is currently a massive opportunity for the right coaches, but there are also great opportunities in specific sports or with specific populations.  The key is to match your skills, passions, and relationships with a need in the market.  By starting general, you will begin to generate momentum and get a better feel for the possibilities.  After that, you can dive deep into becoming the best in the market to make the biggest impact possible.