Why Games for Young Athletes Are More Important Now Than Ever 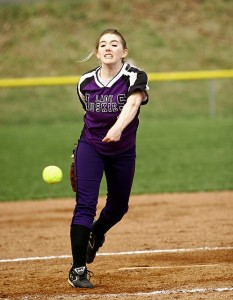 We all know intuitively that games for young athletes are beneficial; after all, the very young athletes are still discovering the world and what their bodies are capable of. Focusing on the fun of the game rather than the outcome of fitness allows the kids to receive a huge training effect while having fun, which will make them want to do it even more. But today, perhaps more than ever, games for youth athletes are an extremely important training tool that calm the fears of parents while preparing young athletes’ bodies and minds for what they will encounter later in life.

With athletes beginning to train at earlier ages, coaches and trainers have found they’ve had to deal with more questions and stronger opinions from parents on how their children should be trained. These questions and opinions often cause parents to doubt the programming their child is receiving or the athletic participation of the child. If a parent is told their child should not undertake a weight-training program until high school, they may strongly avoid any resistance-training program, which can actually hinder their child’s athletic development in terms of functional movements and strength benefits. Everyone wants what’s best for their young athlete, but often misconceptions about what’s best get in the way of finding the proper program, meeting the proper coaches, and placing the athletes into the correct situations.

Alongside proper training and nutrition, the athlete must develop on a cognitive level in order to influence their attitude and drive later on in sports. Playing in a game setting, even if the games are unrelated to their favorite sports, provides the intangibles that no other situation in life can provide. The positive, as well as the negative, experiences that youth athletes have to combat while playing various games help create a well-rounded, motivated individual. The five characteristics that result from playing games with youth athletes are a positive attitude, mentorship, dealing with pressure, teamwork, and playing by the rules.

With the ongoing adversity that our athletes come across in their daily lives, there is nothing better than some positive influence and attitude implemented into their lives. The successes children can have from winning and from the constant memorable events within a game situation can advance them in the right direction. The athlete’s self-esteem will increase with interaction and completing task-oriented goals. Even losing has the possibility of motivating the athletes to work harder in other arenas and ultimately become victorious on their next go around. We have to remember that even some of the best baseball players strike out over fifty percent of the time.

Coaches, trainers, and parents alike can all agree that one of the hardest tasks for young athletes is for them to engage and give their full, undivided attention. With the lack of authority or trust in their superiors, sometimes youths will look elsewhere for learning guidance, which could make them disinterested.  During games, our athletes look up to these mentors and place trust in them, knowing that if the game play is executed correctly, there will be a positive outcome. It is important for our children to listen to their coaches and trainers without negative reinforcement; that way, they will want to better themselves.

As we grow older, maturity and pressure situations parallel one another. Test taking, job interviews, and state championship games are all examples of some of the pressure we are confronted with. It is ultimately how a person deals with these situations that will define their characteristics and ability to persevere. If youth athletes become accustomed to high-pressure situations and have experience dealing with them, willingness to accept more difficult tasks will rise. Limiting stress, relaxing, and feeling prepared for difficult game scenarios will provide the athletes with confidence, control, and centralized concentration.

Teamwork is experienced throughout life at every stage. The ability to understand the positive benefits of a joint and equal effort from all the team members is a huge step in developing young athletes. Just as the team needs all the individuals, the athlete must understand that their personal needs are not met without the team. No football team is going to expect to win with just one player on the field participating. Teamwork will also help advance the social skills of the athletes and help them communicate with one another. It is the lack of communication and mistrust in all ages of sports that has been seen to greatly hinder a great team from winning even one game.

Playing by the Rules

For athletes, playing by the rules can be frustrating, but it is crucial for the flow and integrity of sports. Athletes learn the importance of rules and value them highly simply by breaking them. The earlier athletes understand rules for their given sport, the better off they are. This way, they can understand why circumstances may not have gone in their favor or why something they did may have lost them the game. The thrill of victory is heightened when you know you outplayed and outperformed your opponent and did so within the rules. Rules in games for young athletes are quite trivial when compared with the endless rules we are faced day in and day out as citizens.