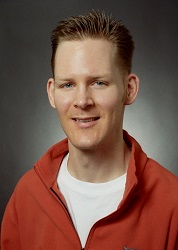 The mere mention of the word TEST is enough to make even the most prepared student a little anxious and nervous. In the world of sports there are plenty of ways to quantify an athlete’s standing using tests that measure performance qualities like speed (40-yard dash), power (vertical jump), strength (maximum dead-lift) and endurance (1-mile run). The results can be useful as far as comparing one athlete’s results against those of other competitors within their sport. That said, it is extremely important that the test be relevant to the sport in question and even more specifically a certain position within that sport. For example, the 1-mile run for a football player really won’t tell you much about their ability to perform well in that sport but measures of speed and strength are definitely relevant.

Testing can also be useful to measure the progress of a young athlete. This is not only to monitor progress but also to provide coaches with quantifiable data that facilitates the evaluation of program effectiveness. If a coach thinks his team needs to improve speed and he focuses his training on that quality, he should measure periodically to find out if indeed the team is getting faster. If they are getting faster but it hasn’t helped improve on-field performance it is time to reevaluate team needs. The data has demonstrated that speed was likely not the limiting factor in team performance, and rather than beating his head against the wall wondering why the team isn’t improving, the coach now has data that tells him he may need to look at other performance qualities.

Testing results can also let athletes know where they stand in relation to the top competitors within their sport. If all of the best running backs in the NFL run a 4.4 40-yard dash, vertical jump 36 inches and bench press 225 pounds 25 times, then the athlete has a decent idea of where he would need to be from a physical standpoint to become one of the top running backs. Here is where things can get interesting, though. There is no correlation between top testing performances and elite athletes in sports. At the annual NFL scouting combine, coaches and team personnel test everything and evaluate the athletes with an extremely critical eye while collecting a ton of data on the athletes—and inevitably it doesn’t mean a thing! 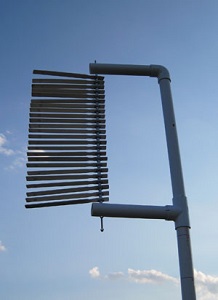 The most important ingredient required for becoming a great athlete can’t be quantified with data or even the most seasoned scouting eye. The most important element of success in sports is intrinsic motivation! The individual’s ability to consistently grind and compete in an all-out effort to master the limits imposed by their craft/sport and their physical and mental self. The will to compete and improve is vital and the young athlete has to want what it is that he or she is working for more than anyone else. Parents, coaches, and teammates can push all they want, but without the desire and will to be the best, those efforts will only lead to frustration for all involved.

So should we ever test, even academically? Of course, because it can be useful but we can’t put all of our eggs in that basket because what does it really measure? Who designs the test and what are they looking for? I am not going tackle a societal issue here but we always hear that America is falling behind the rest of the globe in terms of ingenuity and academics. Maybe it is time for some folks to turn a critical eye toward their tests and find out if what they measure actually means anything. For a more thorough vetting of this issue I highly recommend this read:

So why not use tests to show off certain qualities rather than using the test to dictate what qualities we should be looking to improve? We should use tests to celebrate kids. Evaluation is an opportunity for them to show their stuff!

In my athletic development programs, I have put together a testing and promotion system similar to that of the belts system in Martial Arts. It is based upon chronological age and developmental age. At 17 years old, athletes are able to express skills that remain very elusive for a 12-year old who is able to demonstrate skills that would be elusive to the still relatively raw 7-year old. At each stage of development what would you like to see from the child?

For a 7-year old, I want to see if they posses the basics such as coordination and rhythm. A skip would be a worthwhile exercise. For the 12-year old I want to see if they use their coordination in a more refined way. I may ask them to stand on their right foot, reach for a ball on the ground with their left hand, and toss the ball toward a target in front of them. The 17-year old, I would like to see them express their coordination with strength and explosiveness. I may have them run backward, toss a ball to them that they must jump high to catch, and—upon landing—sprint with the ball to a cone. 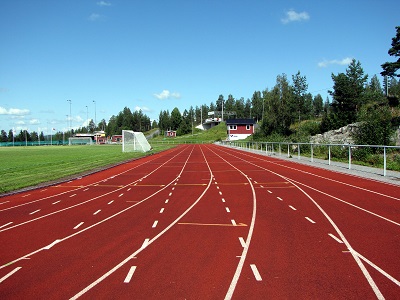 I know when a child is doing well and is ready for the next step in their development. Using tests as a “carrot” or as motivational tool to improve is something with merit. When an athlete has consistently demonstrated in their training that they have “owned” certain skills, I will come up with 5-6 exercises that will allow them to show-off their recently refined skills. I will then hold a testing and promotion event that includes parents, relatives, friends and other athletes from the program some of whom may be quite a bit younger or quite a bit older. This is excellent for positive role modeling. It provides the older kids with a platform to be a leader and the younger kids look up to them and see what they can become through hard work and dedication.

Now here is the important part: the athlete has already passed the test before they even step foot on the gym floor for the demonstration! Why? Because they have already proven over months of training that they can consistently perform the skills. I know they can do it, so the test shouldn’t matter. It may add an element of stress and anxiety. This is all the more reason to test in this way. They eventually discover that being tested is not a big deal. They tell themselves “I have done this before. I’ve got this” and they are in a supportive environment that is full of enthusiasm and energy. The young athlete will love and can’t wait for the next testing day. In a sense, you are developing them to be “clutch” performers.

If I test and they don’t do well it doesn’t matter. So what if they had a bad day. We should focus on the process and celebrate them for being attentive to that. The test is just a moment in time. The real goal of the program is to make them better over the long haul and that comes from consistent practice and progressively challenging their boundaries when developmentally appropriate. Commitment and dedication are the keys to success in any endeavor let’s celebrate and test that!