Your feedback and communication is brain food when it comes to coaching young athletes.

To develop correctly and effectively, young athlete’s brains need a steady flow of quality nutrients and stimuli. Neural development and conditioning is a process that never really ceases, at least not until brain function does. Since none of us train zombies, let’s focus on how we affect brain development, especially synaptic development, through communication, feedback and the impact of both on proprioception with our living clients.

While synaptic structural growth is activity-independent, that is it’s spontaneous, part of the normal physical development of the neuro-muscular system, synaptic performance and modification, delivery efficiency and transient synapse termination require neural activity. By extension, then, all synaptic impulses are affected by previous proprioception. Spatial and kinesthetic differentiation, spatial awareness, force development, stabilization, deceleration and force application are all impacted by the billions of proprioceptive signals processed by synapses.

Emotional proprioception is how an athlete feels about his/her performance and results and the physical/neuro-muscular effect of those perceptions, memories and emotions on emotional state, desire for or avoidance of performance, posture, movement and stability. This feedback loop contributes as much to training success as quality of movement and the quality and variety of exercises chosen.

Creating positive training, sports and exercise experiences, memories and emotions can contribute greatly to the environmental enrichment when Coaching Young Athletes. This factor is important for synaptic development and modification and improvement of the proprioceptive system. 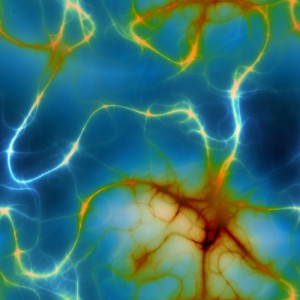 In fact, according to 2 studies (Diamond MC, Krech D, Rosenzweig MR [August 1964] and Diamond MC, Law F, Rhodes H, et al. [September 1966]) rats raised in an enriched environment developed 25% more synapses than their “less enriched” counterparts. Studies on humans have shown that stimulus deprivation and lack of cognitive and other challenges in children results in significant reductions in the numbers and quality of available synapses.

Your verbal and non-verbal communication can greatly improve or severely inhibit the “proprioception-voluntary motor control loop.” The quality of your feedback and communication can even affect your athletes motor unit recruitment patterns, motor unit synchronization and rate coding, all as a result of how you communicate during training.

Don’t believe me? Have you ever “fired up” an athlete (or yourself) to get “one more” or to do a drill perfectly (or better) just once more? On the other hand, have you ever known an athlete or child who has repeatedly or consistently”withdrawn” from interaction with others, cognitive challenges and the mental challenges and stimulation of sports because of the criticism, discouragement or ridicule of a parent or coach? That child has serious negative emotional memories around anything that involves a challenge or a new skill. Postural and activity changes almost inevitably follow! These are examples of emotional proprioception at work.

Memory of success or failure affects the perception an athlete has of whether they can or can’t perform an exercise or sports activity. Henry Ford said “If you believe you can or you believe you can’t, you’re right.” A glib view of this feedback loop, but he was on to something. How do we positively impact the athlete’s current and future perceptions and expectations regarding movements that remain imperfect or which they are just beginning to learn? Positive, forward leading and goal-directed communication may be the key.

Failure can become part of a self-reinforcing chain of propioceptive input that can lead an athlete to a pattern of inability, increasing the degree of difficulty in learning any new training, sports, classroom or even social skill. So how do we positively affect synaptic development and positive proprioceptive response? It’s not just what we say, but how we say it.
Positive and leading communication, particularly surrounding potentially perceived risk or fear of failure, supports the athlete’s positive view of potential outcomes. This, in turn, allows the athlete to maintain a positive self-image, confidence and a belief in his/her own potential for success. All of this will result in an athlete who is engaged, interested and motivated. These conditions are all a part of the enriched environment for an athlete and will support positive modification of the synapses and improvement of the proprioceptive system as a whole. Better information in to the CNS will result in a better performance of voluntary motor movements by the athlete.

The reason is simple. Neurotransmitters are affected by emotions, which are affected (especially in kids!) by self-image, self-awareness and perceptions of failure. For example, feelings of loss, sadness, fear, anger and frustration are accompanied by concurrent reductions in brain serotonin. Studies have shown that lowered serotonin levels can lead to depression and even suicidal tendencies, while brain chemicals stimulated by positive experiences and communication will lead the athlete to higher levels of self-esteem, confidence and happiness.

As Trainers and Youth Fitness Pros, we can create positive experiences and enriched environments in several ways:

I encourage you to improve your communication and feedback skills. Hone these skills until you become a source of “brain food” when coaching young athletes! You might just be able to influence the structural and functional development of your athletes brains! And to think, for my whole life, I thought fish was brain food…who knew?!?