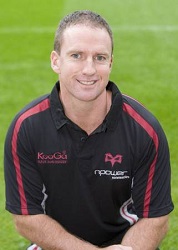 All sports I can think of require basic strength levels, and strength training has recently become a much sought after attribute in the athletic community. Kinesiologists, physiologists, athletic trainers, and professional strength coaches all tell us that if all we did was increase muscular strength by 35-40% in an athlete without changing any of the other attributes needed for the sport, there will be a definite improvement in performance levels.

The doubters may disagree and question how getting stronger can be of benefit in sports where the technique is the priority. Surely though, being a lot more stable or injury resistant when performing the activity is a major benefit.

I have always found that there is a massive transference from doing a proper strength program into improving all the other physical components that a sport requires. Various journals and abstracts on Muscle Activity tell us ‘without sufficient strength, factors such as skill, flexibility, and endurance cannot be used effectively.’ 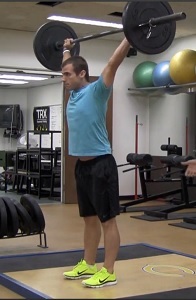 This is not ground breaking information, nor will it allow me to claim that I have discovered some amazing new angle in the fitness industry that I can exploit to become a millionaire overnight! The truth is, millions of athletes all over the world are now participating in ‘strength training‘ programs.

The questions I have is whether these programs are actually improving strength or if they are one among the many overhyped fitness programs masquerading as the next best thing. Some so-called strength programs I witness these days resemble a gadget assault course, with all sorts of non essential equipment being used.

Another aspect of these diluted strength programs that winds me up are exercise machines. Equipment manufacturers saw a niche in the fitness market with their highly engineered exercise machines, and boy did they have an impact. Gyms, health clubs, and sports clubs embraced this concept and were covered in rows of fancy machines which had the sole purpose of allowing you to do one exercise!!! Of course we know that this type of equipment is nowhere near ideal for developing useful strength.

There are many other short term fads which are likely to go away as quickly as they appeared.

So how do we get back to actually building strength? I once heard the quote, ‘to get stronger lift heavy rocks.’ That isn’t too far wrong.

I call my approach to gaining real functional strength ‘the bullseye theory,’ which can basically be summarized by saying that throwing 3 aerodynamic darts to try and hit the bullseye is much more favorable than throwing 15 broken ones!  In other words it is better to concentrate on a few aspects of training and do them well, rather than trying to cover a multitude of areas. Trying to do too many different things only leads to athletes spreading themselves too thin and diluting what they are doing. This means that despite busting themselves in the gym, they don’t really improve at anything in particular.

This is where I feel a lot of high school strength programs are seriously flawed. Some strength programs I have observed have up to 15 different exercises. The reasoning was that in order to make the athlete stronger, every muscle group needed to be activated individually. This is simply not the case.

In general, when it comes to dedicated strength training, I believe athletes need to focus on only three core movement patterns: Olympic lifts, squats, and deadlifts. 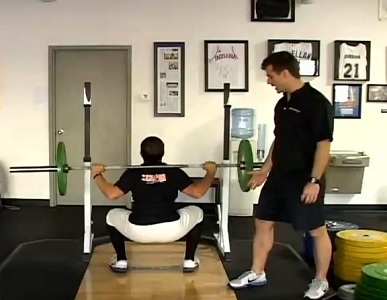 If all our athletes ever do in the gym is work on these patterns and their derivatives, and focus on them all the time, they will drastically improve their strength and athletic performance. My opinion is that to improve athletic performance Olympic lifts are king. Clean and snatch often and do it hard.  Supplementing these lifts with squats and deadlifts will go a long way in developing strength in our athletes.

It really is that simple, a strength program does not have to be complicated to be effective. Rather than trying to implement 15 exercises in a program to make sure all the bases are covered, focus on the few that give the greatest return.

Mike McGurn has been a strength and conditioning coach for 18 years. He is currently based in Belfast in Northern Ireland.