Because acceleration is such a vital part of most sports, plan on devoting a significant amount of practice time to developing this trait. Always explain that a drill is intended to work on acceleration and that adequate rest periods will be given between sets. During speed and agility training, some athletes will simply try to get through the workout rather than giving 100% intensity on each drill. While this kind of pacing may get an athlete through a workout, it will never allow for optimal speed development. If the athletes understand that this particular portion of the workout is not “conditioning” work, they will be much more willing to give 100% on each repetition.

Click on the picture below to get your free Speed and Agility Gift. 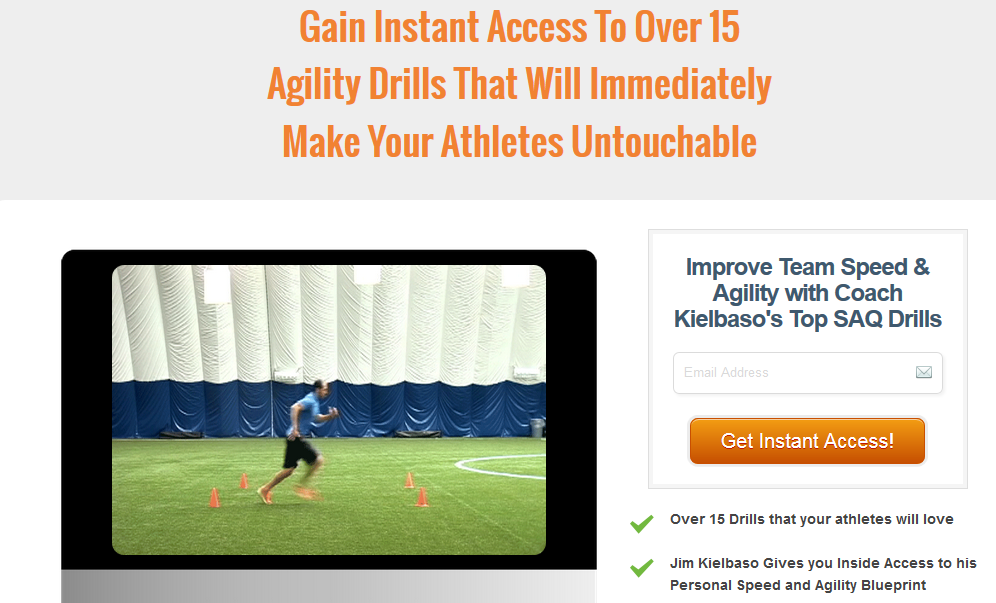 Of course, it is up to the coach to keep the drills fresh and always allow plenty of time to recover between sets. Athletes may actually seem a little bored, but it is important to explain what they are working on, why they are resting so much and that performing the acceleration drills with sub-maximal effort will severely limit the training benefits.

When you notice an athlete giving sub-maximal effort, talk to him/her about how the nervous system will never learn how to perform optimally if the athlete does not consistently give maximal effort. It is also useful to ask the athlete why maximal effort is not being given. 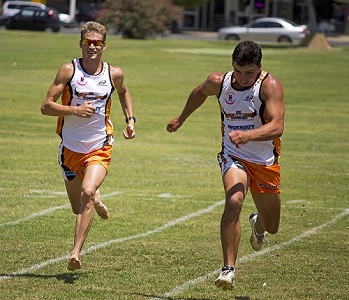 An example of what to say is, “It looks to me like you’re not running as fast as you possibly can. I think you are capable of more. Is there a reason you are not pushing yourself right now?”

This puts the responsibility on the athlete, and forces him/her to think about why 100% effort is not being given. Asking this question is also a good idea because there may actually be something limiting the athlete. There could be an injury or emotional issue that needs to be addressed, and the only way to find out is by asking a simple question. If done tactfully, without demeaning the athlete, this kind of discussion will also tell the athlete that you care and want the best for him/her.

If the athlete tells you there is nothing wrong and has no reason for the lack of effort, consider asking whether or not he/she wants to improve. If the answer is “no,” a more in-depth discussion needs to take place. If, however, the answer is “yes,” then all of the responsibility falls on the athlete’s shoulders. If the behavior continues, you can remind him/her of your conversation and explain that the lack of effort is not acceptable.

When these steps have been taken, athletes are apt to give excellent effort on each drill, thus enhancing the training benefits.

Click on the picture above to grab your free Speed and Agility Gift.