As a lover of all things sport since a child, my entire life has been shaped by decisions motivated primarily by how I might continue to play or be involved in competitive athletics.  It might come as little surprise, then, that my most recent (and with any luck final) professional relocation to work at Texas Tech University was at least partially motivated by a desire to provide additional athletic opportunities for my children should they choose to play sports, too.  Compared to my family’s previous home, west Texas provides significantly better opportunities, coaching, and facilities for most team sports, and Lubbock also affords access to other potential athletic exposures simply not possible where we lived before.  Simply put, should my kids decide to play or compete in just about anything short of surfing, Lubbock offers them a better chance to maximize their abilities.  And so far, they have both taken a liking to softball (daughter Brynnan, age 7) and baseball (son Taye, age 4).

That said, in my role as the IYCA’s Director of Education, as a scholar, and as an athletic trainer and a strength and conditioning specialist, I have staked my reputation behind the simple belief that early sport specialization is detrimental to the long-term success of most developing athletes.  Despite the growing trend of professional level coaching, year round travel and elite teams, and high dollar training centers catered specifically for youth, I believe that the science supports multilateral skill acquisition over early specialization any day.  How can I then espouse such beliefs on one hand yet subject my own children to the very same well intentioned yet subtly misguided behaviors on the others?  The short answer is I don’t.

They might want to play baseball or softball all the time.  They might want to hit balls in the yard until their hands are covered with blisters and they can’t lift their arms.  My kids, as are most kids, are high inertia.  It might take you a bit to get them started, but once they find something that is fun and that they demonstrate skill in doing, they want to keep doing it.  But much like we must parent our kids to make wise choices at a food buffet, as the adult, we sometimes have to prod the children under our care to push away from the movement buffet if they insist on continuing to pile their plates high with the same stuff.  And heaven forbid if we are the ones actually scooping that same stuff out over and over again. 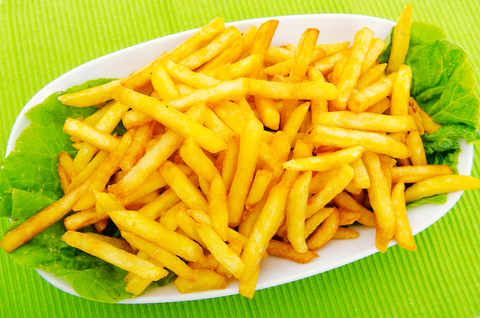 With that said, just like moderation and variety are key components to a healthy diet, they are no less critical for healthy and optimal motor skill acquisition either.  That is easy enough to see superficially, but how can we make it work functionally when the kids have little league practice and or games a couple of times a week all spring?  I have developed the following guidelines to help avoid the common mistake of hyper-specificity during participation in youth sports for my kids, currently participating in baseball and softball.  Any of these could be considered appropriate for the 6-9 or even younger age group.

For further ideas on game play, many IYCA resources have some great ideas, as do physical education websites and textbooks.  Consider meeting with an area physical educator to swap ideas, as most will be more than happy to discuss fun and engaging strategies they use.

Tune in next time as I detail some simple ways to incorporate sport generality into a youth basketball practice.

Toby Brooks is Director of Education for the IYCA. He is also currently an Assistant Professor in the Master of Athletic Training Program at the Texas Tech University Health Science Center in Lubbock, TX and is Co-Founder and Creative Director of NiTROhype Creative.