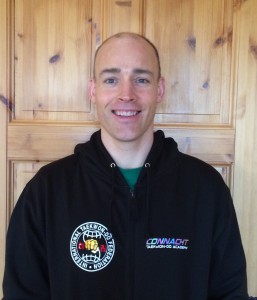 The following video is of a spontaneous pep talk given by Irish IYCA 2015 Coach of the Year Shane Fitzgibbon on the importance of not negatively comparing ourselves to others. The audio quality isn’t fantastic, as it was unintentionally recorded as part of a physical training session. However, upon reviewing the footage, the message is too important not to share. In the video, Shane explains the benefits of focusing on self-improvement and the dangers of comparing oneself unfavorably with someone else.

The entire transcript is below the video.

“Some people are more active outside of school than others. Some do one sport; some do three or four sports. Some people don’t do any sports. Maybe they’re fantastic musicians. Whatever way you come in, you come in… All you need to consider is, what you are going to be like at the end of these sessions? Are you going to be stronger and faster than when you started? It doesn’t matter if you’re stronger or faster than anybody else.

We often do this – you’re old enough now, in sixth class to understand this:

For example, let’s say I look at Ryan, and I think he’s a pretty impressive guy. I would always compare what he’s good at with what I’m bad at. It’s like it’s built into my brain. We always compare someone else’s strengths against our weaknesses. We can never win that. Ever. Yet, we do this to ourselves all the time.

So why not give yourself a chance? Why not compare your strengths to his strengths? They might be different strengths. But, they’re yours. Do you understand?

Anyway, that’s the first thing – We shouldn’t compare ourselves to others with physical activity, because we’re all different. But… what are you going to be like when you finish? Are you going to be a stronger you at the end, than when you started? That’s all that matters. Does that make sense?

So, if you say to me “I’m not good at this,” or “I’m not strong,” or “I don’t do this” … Fine! Whatever way you come in… If you collapse during the wheelbarrow race, fine! Bu… in 10 weeks, are you going to be able to finish it? You have to decide that. Whether you’re going to improve or you’re not. But not to keep up with someone, else. For you…. Only for you.”