Lee Taft gained his BS in Physical Education from Cortland State, New York in 1989. In 2004 Lee earned his MS in Sports Science from the United States Sports Academy in Daphne, Alabama. Lee has spent several years as a Physical Education teacher in the New York Public Schools System working with the youth population. He has also been a head coach of Football, basketball, track and field, and cross country. Training young athletes has been apart of his life for over 14 years.

In 1991, Lee went full time into the world of sports performance training at Bolletteris Tennis Academy , and a year later at Palmer Tennis Academy as a movement specialist and strength coach. A year later, Lee started his own business full time in sports performance. Lee is known as one of the top athletic movement specialists in the industry. He frequently lectures and performs clinics for athletes, coaches and trainers on the subject of speed and quickness technique in all directions. 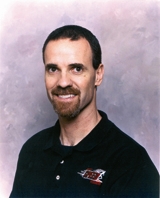