As youth strength and conditioning coaches, we know that teaching kids movement skills at a young age increases the likelihood they will be active and athletic for life. What we sometimes take for granted, however, is the dramatic impact these physical skills have on the overall development of a child’s brain. 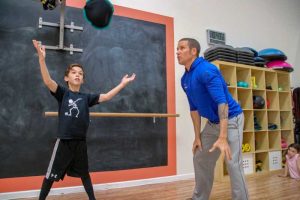 A growing body of evidence is now highlighting how movement during the early developmental years of high neuroplasticity plays a key role in the development of areas of the brain responsible for memory, informational processing, impulse control, and behavior. In the current world of youth inactivity, this means that our role as movement coaches is critical not only for physical development, but cognitive development as well.

It’s important that we not only understand the relationship between movement and brain development, but can communicate this information to the parents, teachers, and other youth influencers in our community.

Below is outlined some of the important functions that different types of movement training have in regards to developing a young athlete’s brain.

Aerobic Exercise and Brain Development
One of the broadest fields of study on movement and brain development has looked at the impact of aerobic exercise on the brain. It appears that even the simplest exercise program that elevates heart rate for an extended period of time can impact a young athlete’s brain development in the following ways:

Positive impact on structures and activity in the prefrontal cortex
The prefrontal cortex is an area of the brain that is responsible for many of our rational behaviors such as reasoning, problem solving, impulse control, and creativity. Collectively, this is often referred to as “executive function.” (8)

Increased Size of the hippocampus
The hippocampus is a structure in the brain responsible for memory, spatial navigation, and behavioral inhibition. Aerobic exercise appears to increase the size of the Hippocampus, resulting in improvements in memory and math performance. (2,7)

Increase basal ganglia volume
The basal ganglia is an area of the brain associated with controlled movement, procedural learning, and cognition. It appears aerobic fitness increases the volume of this area of the brain, having a direct impact on the decision-making process between stimulus and response. In other words, young athletes learn to think before they act! (1)

Increased brain derived neurotrophic factor (BDNF)
BDNF acts like a fertilizer for neural tissue. Aerobic exercise appears to increase BDNF levels in the brain. This aids in the growth and maintenance of a variety of critical brain structures. (5,7)

Angiogenesis
Angiogenesis is the growth and proliferation of new blood vessels. Research has observed that aerobic exercise increases angiogenesis, and as a result, blood supply, to key areas of the brain associated with learning and behavior. (4)

The above list just scratches the surface of how something as simple as elevating a young athlete’s heart rate can improve their capacity for learning and behavior. However, youth strength and conditioning often move past merely elevating the heart rate as they help kids develop a large toolbox of athletic movement.

Let’s take a look at what some of these coordinated movement patterns can do to the development of the brain.

Athletic Coordination Training and the Brain
Adapting to the different rhythms, spatial constraints, body positions, and other factors of athletic movement appear to impact the brain as well. Dr. John Ratey, a best-selling author and pioneer in researching the impact of movement on classroom performance suggests that as the complexity of a movement activity increases, so does the number of synaptic connections in the brain. (5)

The more of these connections that can be formed, the better opportunities children have to improve their brain/body connection. Below are some specific ways increasing movement complexity impacts the brain.

Crossing the midline
There exists an imaginary vertical midline that divides the brain and body into two equal hemispheres. Within this functional model, the left hemisphere of the brain controls the right side of the body, and vice-versa.

When a limb from the left hemisphere of the body attempts to cross over to the right hemisphere, and vice versa, it creates temporary confusion in the brain. In order to continue to control the action of that limb, information has to be rapidly exchanged between the hemispheres of the brain.

The “highway” in which this info is exchanged is called the corpus callosum. When young athletes are forced to cross their midline with the upper or lower body, the hemispheres of the brain get to practice this passing of information. This improves the smoothness of movement transitions and may also help neural communication within the hemispheres of the brain, especially when these activities are performed when kids are young.

Balance Spelling (Progress to Balance on One Leg)

Different movement tempos
The constant acceleration and deceleration of many athletic activities places a large demand on the different areas of the brain associated with timing and rhythm. In his book, SPARK, Dr. Ratey discusses research examining how varied, irregular movement tempo increases BDNF in the brain to an even high degree than repetitive movement. (5)

Additionally, the area of the brain that addresses movement tempo is also active when executing grammar skills. Research has discovered a relationship between a child’s ability to adapt their movement rhythm and their proficiency with grammar skills. (6)

In other words, the constant tempo changes of agility drills not only improve on field performance, it helps grow young brains!

Balance and body orientation challenges
When children do physical activities that require them to balance and/or change the orientation of their body to the ground, they challenge the brain structures associated with the vestibular system. This system is anchored by inner ear structures that can determine the position of the head in relation to the ground, in addition to the speed and direction the head is moving.

As a young athlete’s head changes position, the vestibular system sends out signals to other limbs, joints, and muscles to do what’s necessary to “right the ship”. The more a young athlete is forced to go through this process, the better the system works.

Inactive kids often demonstrate a poor or reduced vestibular function. They either have to fidget constantly to provide positional feedback to the brain, or they are overly sensitive to movement, particularly fast movement. Either way, it can lead to disruptions in attention and behavior.

All of the above are in addition to the other short and long-term social, health, and other benefits from being highly active as a child.

Apply this understanding of the brain/body connection to your assessment and programming of young athletes. Additionally, make sure the parents, teachers, and other influencers in your community understand that your role as a youth strength and conditioning coach extends well beyond creating star athletes.

Take pride in your role helping kids sweat, smile, and get smarter! 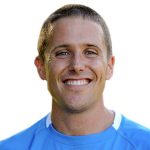