As a coach, I believe that the chronological age of an athlete means much less than their developmental age. For example, we have three boys that joined our program this summer. They are headed into the 7th grade and are all 12 years old.

However, they each spend a great deal of their time playing for club soccer teams, AAU basketball teams, and other top-tier programs in respective sports like golf, tennis and hockey.

Obviously, they are exceptional athletes who are used to being treated like high school or even collegiate athletes. And once we took them through our performance evaluation, their attitude and ability to understand objectives matched that of some of our 16 or even 17-year olds.

So clearly they fit better into our High School Performance training model than our Development model (built for 10-13 year olds). However, their performance on the FMS (functional movement screening) would have a coach wondering how they haven’t been seriously injured playing their sports.

Most athletes at this age and ability level have had the exact same childhood these boys had: two or three sports a season since they were 5 (or younger) and non-stop skill work in these sports. What they never experienced or were taught is a movement foundation. They never developed the skills of squatting, hip hinging, pulling or pushing, let alone more advanced skills like stopping, starting, landing, jumping or cutting.

How can a high performing athlete be built on a non-existent foundation? The answer: They CAN’T!!! They will either break down (get injured) or hit a ceiling and never perform at the level they are capable.

Conclusion #1: We need movement quality because that will lead to strength and a solid foundation for performance gains.

However, that isn’t the only consideration our 12 year-old elite level athletes need. Most sport coaches never take the time to develop an understanding of the conditioning needs for their particular sport. And rarely will you find a coach who recognizes the need for a massive aerobic system. They instead see conditioning as a way to “weed out the weak.”

To top it all off, the aerobic system has the greatest training potential. We can make athletes extremely well-conditioned by working solely on their aerobic systems, particularly with kids who are young, like our 12 years olds. 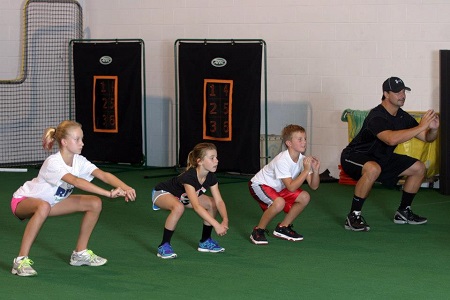 Conclusion #2: We need to incorporate aerobic system training into our athlete’s programs so they have a strong aerobic base and can push the limits of their anaerobic systems as their training age increases.

So, can we accomplish both with one simple method of training? Since the title of this article is “Tempo Training for Young Athletes,” the answer is YES via tempo training. Tempo training focuses on the biggest bang for our buck exercises like RDLs, deadlifts, squats, lunges, push ups, pull ups and rows and sets them to a cadence.

We use three numbers in our cadence (although some coaches use four). If a sequence looked like this for a squat: 211, the exercise would consist of two counts on the “down” (eccentric), one count at the “bottom” (isometric), and one count on the way back up (concentric).

Each exercise differs depending on when the eccentric, isometric, and concentric portions occur, but we always sequence our numbers the same: eccentric/isometric/concentric. There are many ways to effectively use tempo training including: movement quality, time under tension, full range of motion explosiveness and sport specific power.

Typically, we use tempo training in our young athlete’s first and possibly even their second program. By slowing the movement down, they get a chance to feel the pattern, ingrain it, and correct any minor issues while performing the exercise. This sets up great movement quality and big increases in core/hip control. Usually it only takes a few sessions of training like this to get a young athlete moving really well.

Another facet of tempo training that we, as strength coaches, like is that our athletes can spend a lot of time under tension. When they come back after a hard tempo session, we ask them, “Where are you sore?” When they answer, “My butt and my hamstrings,” it is an immediate teaching opportunity.

They learn that an RDL or squat done correctly really taxes those muscles and if they gain strength in those areas, they can build a mid-section like a Mack truck! (Mike Robertson taught me the Mack truck line, which I use all the time)

Explosiveness through Full Range of Motion

Most of our athletes walk in with explosiveness but only through shortened ranges of motion. That’s where the isometric part of tempo training plays an important role. When we get an athlete to statically hold a contraction for a second or two, their brain starts to understand that it is okay to put the muscle on a stretch.

Moreover, when properly stretched, that muscle fires back much faster than before. As a result, the brain (and thus, our athlete) allows greater range of motion (ROM) and the athlete may then become more explosive through that improved ROM.

Explosiveness is usually very high on the list of things athletes want to improve at any age, but particularly with young athletes involved in multiple sports. They never have an opportunity to get strong nor do they learn what it actually means to produce greater power.

When we program tempo-based training for power, we use an “X” in place of the last number in the sequence. For example, we had a number of younger athletes just transition into their fall sports. In their last training cycle, they were doing front squats and RDLs with a tempo of 21X, meaning they go down for two counts, pause for one count, and move as explosively as they can to the top.

After they internalize that explosiveness, we ask them to re-create the power using med balls or plyometric exercises. As they apply their newfound power, they feel and see their potential rise. When we get an athlete through our program and to their season using tempo training, we know they have gained weight room strength and translated that to power production in their respective sport. 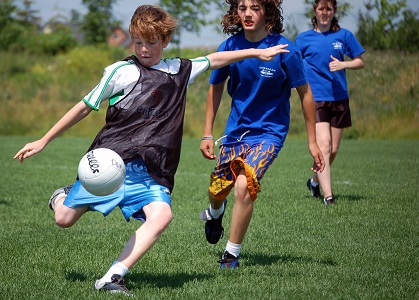 Now that we understand what can be done with tempo training, we need to discuss the programming guidelines associated including: where we optimally insert tempo work during their training year, how do we elicit different training effects with tempo work and how does training age affect our use of tempo work.

When To Do Tempo Training

I don’t think there is a wrong time to do tempo training, however there are given times in a training year where I think it is absolutely imperative. The most crucial time of year is post-season.

Whether an athlete comes back the day the season ends or takes two months off before returning, they are typically rusty due to the lack of focus on strength training late into a sport season. This is the perfect time to re-groove movement quality and set them up for huge gains in the off-season.

The second most crucial time to incorporate tempo training are those last phases of strength training leading into a sport season. We want to start adding some serious velocity and acceleration to the movements and can do so with properly programmed tempo work here.

This is one of the cooler uses of tempo training that I have found. Instead of just using it to set up strength or power gains, we can use the same movements, change the cadence, and elicit some serious gains in aerobic conditioning, (particularly oxygenutilization).

We designate an exercise (such as RDLs or squats) with equal parts eccentric/concentric movement (i.e. “202” or “303”) for a designated period of time or reps. When our athletes perform this as their conditioning for 4-8 weeks, they will see marked improvement in their ability to maintain an aerobic state during high-intensity training.

I believe that tempo work can have the largest impact in situations where an athlete comes in at an extremely young training age. This does NOT mean their actual age but instead the amount of time they have been exposed to a quality strength program.

With the huge increase in sports being played year round and the best athletes coming to us with a training age of 0, tempo training can quickly advance the most novice strength athlete.

At the beginning of this summer, the three boys described previously definitely lacked training years. Each of them had multiple years of sport-based training under their belt, but a combined training age of maybe 1.5 years. We had them on a steady diet of goblet squats, RDLs, rows, and even push-ups for their first few programs with tempo assigned to help them gain movement quality.

Now they have graduated to the exercises they saw the high school boys doing at the beginning of the summer. They have developed into athletes I am proud to call F.I.T. Strong and have limitless potential to grow. Each boy moves through the weight room with the grace and strength expected of an elite-level athlete.

And it is all thanks to some simple tempo training. Look out for these boys in the coming years!

About the Author: Jared Markiewicz

Jared is founder of Functional Integrated Training (F.I.T.). F.I.T. is a performance-based training facility located in Madison, WI. They specialize in training athletes of all levels: everyday adults, competitive adults and youth ages 5-20+.

The long-term vision for F.I.T. is recognition as the training facility for those desiring to compete at the collegiate level in the state of Wisconsin. Alongside that, to also develop a platform to educate those in our industry looking to make strides towards improving the future for our young athletes.

Find out more about Jared’s gym by visiting F.I.T.