Like it or not, testing speed is a huge part of many sports.

Whether it’s part of a tryout, the college recruiting process or an opportunity to play professional sports, running faster opens doors.

Athletes spend years practicing their sport, learning schemes, fighting through grueling training sessions, dealing with injuries and traveling all over for games, tournaments and extra lessons. It all adds up to a lot of time, money and energy.

Then, they get to a tryout, camp or recruiting event, and the first thing the coaches do is pull out the stopwatch for a speed test.

Suddenly, the only thing that matters is a time on a test.

Jim Kielbaso has spent more than 20 years teaching athletes at every level how to run faster. His systems have helped athletes dominate the NFL Combine, turn heads at camps and grab the attention of coaches. His results are so impressive that even the University of Michigan Football Program hires Jim to prepare their seniors for the NFL Combine. He doesn’t just train fast guys and take credit for it. He has helped thousands of athletes drop several tenths of a second off their times in just a few weeks.

Jim has helped multiple Division 2 athletes look so good at NFL tryouts that they sign pro contracts. When the Collegiate Strength & Conditioning Coaches Association needed a speaker to teach college coaches how to improve speed, they brought him in. 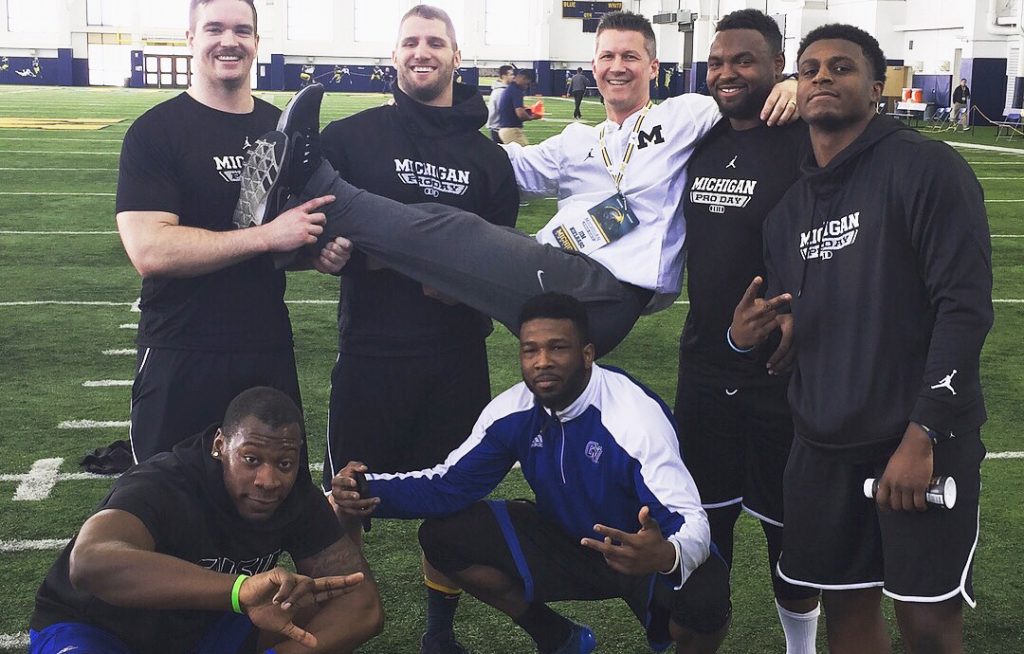 After training elsewhere, NFL wide receiver Devin Funchess ran a 4.7 40-yard dash at the NFL Combine.  Doubts were swirling about his speed and ability to play at that level. He came back to Michigan, spent a few weeks working with Jim, and ran a 4.48 at his Pro Day.  Now, he’s a #1 receiver in the NFL. You can read more about that HERE. And, there are stories like this just about every year. Here’s a text from an NFL draft pick a year before he was drafted.

There are countless stories like this and even more high school athletes currently playing in college.  We never use high school or college athletes’ names because of eligibility rules, but there are so many success stories that we don’t even have to.

Jim is the ultimate guide through this process, delivering results to everyone he works with.  He has put together a system that allows YOU to take advantage of his experience, achieve the results you deserve or become a hero to other athletes.

Whether you’re trying to improve your 40 for college recruiting, working on your 60 for baseball scouts or even training athletes yourself, stop wasting your time hoping for good advice, and start getting results with a proven, scientific program.

People pay thousands of dollars to get this kind of training, and it’s worth every penny when a team is made, a scholarship is earned, or a contract is signed.  But, as much as he’d like to, Jim can’t spend all of that time with everyone. He knows that his system works, and he’s willing to share it with you at a fraction of the cost you’d pay to be with him every day.

But, make no mistake, this isn’t a magic pill.  These aren’t “tricks” and it’s not easy. You have to be willing to take the coaching and put in the work.  This is REAL training, not some gimmick that promises fake results.

Here’s what you’ll get: 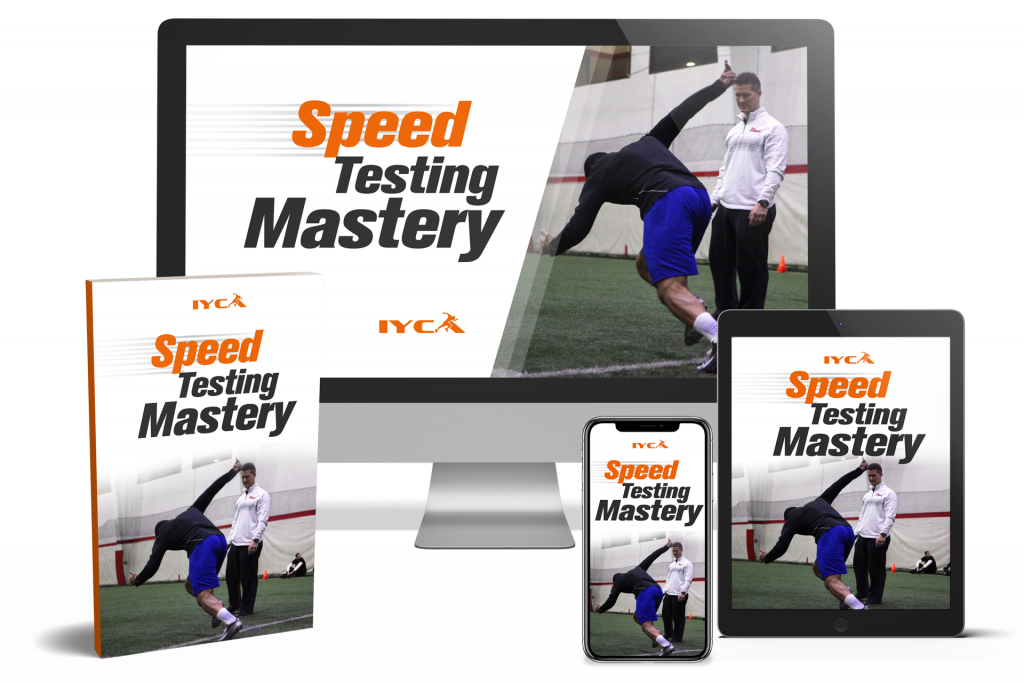 Learn the technique. Use the program. Learn the nuances so you feel 100% confident in your training or teaching.

You’ll get instant access to all of the videos and programming so you can get started right away.

You’ll learn exactly how to avoid the most common mistakes athletes make when trying to improve their speed:

There have been other 40 training products in the past, but none have broken down mechanics like this, giving you a proven program like this, or put a lifetime of work into a complete product like this.  They barely scratched the surface compared to what is included here.

You can also go to YouTube right now and get bits & pieces, but you’ll end up frustrated because it’s all so incomplete, doesn’t including programming and never teaches mechanics in a way that makes a difference.

To get all of this for $149 is almost crazy, but Jim has gotten sick of watching athletes miss out on opportunities, so he wants to put this information into everyone’s hands so that never has to happen again. 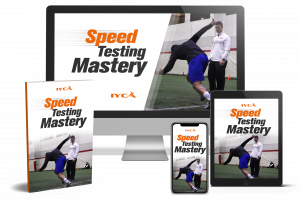 There is also an unconditional 60-day money back guarantee.

If you don’t feel like you’ve gotten every penny’s worth, we’ll give you a full refund. No questions asked.

Why would we offer this when we know there will be terrible customers who will take advantage of us? The truth is, we want you to feel comfortable with this, and we don’t want a few bad apples to spoil it for everyone.

Along with getting thousands of dollars in value, and a money-back guarantee, we’re also going to include a free guide to crushing the 5-10-5 Pro Agility Shuttle. This is the second most common test, so we thought you’d want to crush it along with the 40 or 60.

So, what are you waiting for? If you want to run faster or teach others how to run faster, you’ve found exactly what you’re looking for. Get this proven package and start getting the results you deserve.

This is a digital product that you will have access to immediately upon purchase.

“There’s a reason Jim is considered one of the best in the country, and I’m so glad I chose to train with him for my Pro Day.”

“I learned everything I know about speed & agility from Jim Kielbaso, and I still use his principles every day with my athletes. This is as good as it gets!”