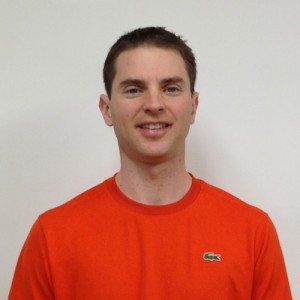 “The more you sweat in times of peace, the less you bleed in times of war,” is a saying that is certainly full of wisdom. Off-season training is one area where athletes can get a tremendous bang for their buck. This article aims to provide wisdom, based on knowledge and experience, for training in the off-season.

Before we get into specifics, we have to define what the off-season actually is. The off-season is a period of time when an athlete is not participating competitively in their sport. Team sports like football, basketball, and baseball have a clearly defined off-season. Seasons in other sports such as tennis are not as easily defined. And with the oftentimes overly demanding schedules of many youth sports teams, many young athletes jump from travel to all-star and then varsity high school teams hoping to get ahead, never leaving any time for an actual off-season. 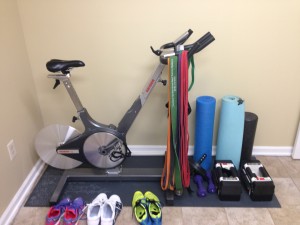 It is critical for all athletes, professional to youth, to have some sort of off-season built into the year. Playing sports at competitive maximums is taxing on the human body. High school pitchers undergoing Tommy John elbow surgery, tennis players with wrist and rotator cuff issues, and knee/ankle problems from the repetitive stresses of jumping and landing on the basketball or volleyball court are all predictable consequences associated with overuse and lack of rest for young athletes. It is what would seem to be common sense: You cannot race a car hard every single day at the track without something eventually breaking down. The human body responds in much the same way.

So what should the training be like when an athlete is not in season? Off-season training for youth athletes should focus on improving foundational movement patterns and general strength and conditioning. In fact, this should be the bulk of the work done in the off-season. This work helps establish a base for the future. Improving fundamental movement patterns like jumping, landing, decelerating, squatting, hinging at the hip, pushing, and pulling all improve overall athleticism. The conditioning work done to the aerobic system in the off-season provides the base for the higher-intensity demands to come in the pre-season and competitive seasons. The improvement of general strength creates the potential to sprint faster, jump higher, and throw harder during the competitive season. You simply cannot build these qualities in the middle of a competitive season. Instead, you must build these qualities in the off-season so they can be expressed during the competitive season.

Each sport and athlete has specific needs, and if you are serious about getting the most out of the off-season time, I would hire a knowledgeable and experienced trainer. The gold-standard for anyone working with youth is to be certified by the IYCA, but the bottom line is to do your homework and find someone who thinks long-term and has your best interest in mind. With that being said, in a typical 4-12 week off-season, three of the most common goals are to develop the aerobic energy system, improve general strength, and clean up movement patterns.

Regardless of the sport, a well-conditioned aerobic system is essential. Obviously, a well-conditioned aerobic system will benefit someone like a distance runner or soccer player. However, what most people do not understand is that a fine-tuned aerobic system provides benefits in almost all sports. This is because the aerobic system (energy with oxygen) is responsible for replenishing the fuel for the anaerobic energy system (energy without oxygen). In other words, football and tennis players need their aerobic system to replenish the anaerobic systems that allow them to perform bursts of high-intensity work intervals. This is a tremendous advantage late in the game during the competitive season, and it can only be accomplished by doing some work dedicated to improving the ability of the cardiovascular system to deliver oxygen to working muscle. Although training for peak aerobic performance has been shown to compromise anaerobic performance in elite athletes, this potential drawback is not typically significant enough to be of concern to a young athlete who has far more to gain in terms of positive body composition and overall fitness levels. 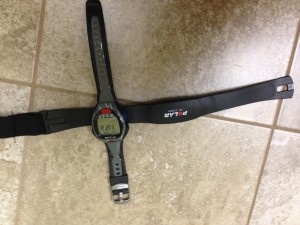 Another benefit of aerobic training in the off-season is that it promotes recovery. Delivering oxygen-rich blood throughout the body aids in rebuilding tissues that take a beating during the competitive season. In addition, it is relatively easy on the nervous system. The nervous system is typically taxed heavily during the competitive season with all the quick movements and maximal muscle contractions. Conversely, aerobic training is characterized by sustained or repeated submaximal efforts, providing low-level neurological stimulation. Examples of aerobic training include long runs, swimming, or biking at a heart rate of 130-150 beats per minute,

Off-season training for youth athletes should also have an emphasis on lifting heavy things and putting on some muscle mass. The force a muscle is able to produce is directly related to its cross-sectional area. If you want to be able to run, jump, and throw harder next season, strength training is essential. Strength training simply means you are going to stress the muscle by lifting something heavy, and your body will respond by making it bigger and stronger. An athlete does not have to go to the weight room or have access to fancy equipment to strength train. In fact, for most youth athletes, bodyweight is the best place to start. After all, if you cannot move your own body weight appropriately, adding 50 pounds on top of your back is asking for an injury.

When strength training, the focus should be on movement patterns rather than on specific muscles. For example, you want to improve strength in fundamental movement patterns such as squatting, hip hinging, pushing, pulling, and core stability. This is easily done with body weight, free weights, sandbags, and resistance bands. It is not easily done with the machines you find in most gyms that isolate specific muscles and joints.

The final objective of the off-season is to clean up movement patterns. This is the time to make sure you can absorb force correctly, clean up fundamental patterns, and develop good posture. This aspect of training is becoming even more important in today’s society. Think about the amount of time children spend sitting on the computer, texting on their phone, and sitting in classrooms. It is causing an epidemic of bad posture and inefficient movement in those compromised positions. Even worse, training and competing in them is a major contributing factor to several youth sports injuries such as spondylolysis (stress fracture in the lower back) and shoulder injuries. When you spend all day hunched over and your lower back is in excessive curvature, you develop poor posture, and this can set off any number of ailments when training load is increased.

The above pyramid of athletic development shows why movement patterns are so important to develop in an off-season training program. Clearly, movement is the base for all sports skills. You cannot layer fitness and sports skills on top of dysfunctional movement without eventually paying the price, and the off-season is the best time to develop those skills since time and effort playing sport are at a minimum.

It is impossible to prescribe an all-encompassing general workout for the off-season because the needs of each athlete and sport are unique. Some athletes may need to spend more time developing strength and others improving conditioning. However, below is a very general look at the typical week of training in the off-season. Planning training or periodization is a science in and of itself, but one of the biggest things to notice below is how the training is spaced out. An athlete cannot work hard 3 or 4 days in a row and then take 3 or 4 days off. Training is nothing more than applying stress to the body. The body then adapts to the stresses placed upon it. The real physical changes happen between rather than during workouts. Understanding the importance of rest and proper nutrition between workouts will maximize success and allow you to train both hard and smart.

If you look at everything presented about off-season training and put it in the context of the bigger picture, it becomes clear how important it is when thinking long-term. If you understand that, then I will let you in on a little secret about developing champion athletes.

Most parents and coaches are only concerned with the short-term. They want to win the big game next week, win the tournament this weekend, or make the U-12 all-star soccer team. They may achieve those things, but they take shortcuts to get them, such as skipping the off-season. Those shortcuts eventually catch up.

On the other hand, the true champion athletes are focused on the long-term from the very beginning, and they never take shortcuts. They do the work in the off-season, and over the course of years, they develop outstanding conditioning and strength while often avoiding injury. They also are the ones who may have missed out on winning the championship in 7th grade, but they eventually end up with scholarship offers and notable accomplishments when it counts.

Alex Slezak is a Youth Fitness Specialist and Tennis Coach in Pittsburgh, PA. He has authored books and articles for such organizations as the IYCA and works in the trenches training youth daily. He frequently develops programs for off-season training for youth athletes. You can find more information or contact Coach Slezak at www.AlexSlezak.com.