Eric Cressey, MA, CSCS is the president and co-founder of Cressey Performance, a strength and conditioning facility in Hudson, MA. Behind Eric’s expertise, Cressey Performance has rapidly established itself as a go-to high-performance facility among Boston athletes – and those that come from across the country and abroad to experience CP’s cutting-edge methods www.CresseyPerformance.com

While Eric deals with a wide variety of athletes from youth sports to the professional and Olympic levels, he has gained the most notoriety for his work with baseball players of all levels for his success in improving throwing velocity, bat speed, and sprinting speed – while markedly reducing injury rates. In the 2007-2008 off-season alone, Cressey Performance saw 96 baseball athletes from 32 high schools (and associated middle schools), 16 colleges, and 8 major league organizations.

Cressey received his Master’s Degree in Kinesiology with a concentration in Exercise Science through the University of Connecticut Department of Kinesiology. As an invited guest speaker, Eric has lectured in four countries and more than one dozen U.S. states. Cressey has authored four books and more than 200 articles, and co-created two DVD sets. He publishes a weekly newsletter and daily blog at www.EricCressey.com.

A world-record-holding competitive powerlifter himself, Cressey has deadlifted 650 pounds at a body weight of 174 and is recognized as an athlete who can jump, sprint, and lift alongside his best athletes to push them to higher levels – and keep them healthy in the process. 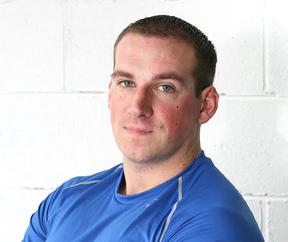