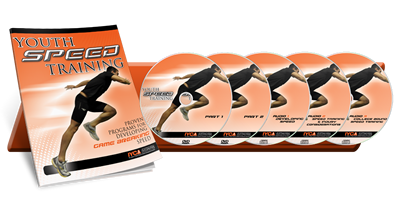 How much would you pay for a blueprint youth training system that included:

Now, how much would you pay when you found out it was created by some of the very best Youth Speed Training Coaches in the world:

END_OF_DOCUMENT_TOKEN_TO_BE_REPLACED

Coach Robert Dos Remedios is considered one of the best Strength Coaches in College sports.

So does Sue Falsone.

Sue is the former Head Physical Therapist for the Los Angeles Dodgers and current Director of Physical Therapy for the vaunted ‘Athletes Performance’ facility in Arizona.

The ability of an athlete to become ‘elite’, ‘professional’ or ‘world-class’ is based almost entirely on what kind of development happened when they were young.

… Only to be lacking in the BASICS of speed, agility and strength.

As far as he’s concerned the ‘Mistakes’ we make at the youth level from a Speed & Agility Training perspective are: