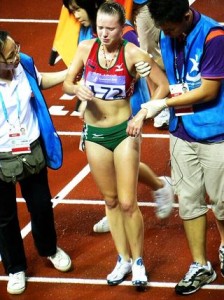 In last month’s newsletter, which you can access here, I wrote about why young athletes shouldn’t necessarily engage in sports specific training and instead, focus on developing more in the way of global athleticism. While certainly sound advice, for some it may come a bit too late. The unfortunate reality is that far too many kids have not only been specializing in a single sport from an early age, but many have also geared any fitness efforts solely towards enhancing their performance in said sport. As a result, there are legions of young athletes who’ve already developed significant movement restrictions and musculoskeletal imbalances that often serve as precursors to injury. Whether it’s a teenage swimmer with chronic shoulder pain, or a high school aged basketball player with “bad knees”, the message to be as diversified as possible when it comes to early sports participation and exercise habits is lost on some. So, what do you do when the ship seems to have sailed in terms of developing a well-rounded athlete and are instead, forced to deal with a young body in an obvious state of disrepair?

Not that there aren’t things you can do to help correct any existing problems. Changing the training focus to include more in the way of flexibility work and strengthening those areas that often go neglected to promote more balanced physical development is always a good idea. There are however certain “sensitive periods” where the acquisition of specific bio-motor skills is going to be much easier to attain. During the ages of 9-12 for instance, kids are developmentally ready to make the most rapid improvements in things like balance, agility and coordination. Or in other words, the kind of physical attributes that are the cornerstone of athletic success. Again, not that these types of skills can’t be attained to a certain degree later in an athlete’s development. It’s just that spending so much time specializing puts them at a distinct disadvantage when it comes to overall athleticism and in turn, runs the risk of imposing serious limitations of their ability to perform at a high level as they get older.

So, if you do have a fourteen, fifteen year old (or older) young athlete who is just now trying to undo some of the damage caused by what’s been a decidedly one-sided approach to sports participation and physical conditioning, he or she is going to have to go about things a bit differently.

One of the main things that will entail is forgoing a lot of the more popular forms of training aimed at enhancing performance (i.e. plyometrics, Olympic lifting and advanced speed and agility work) and instead, concentrating on some less glamorous but ultimately more necessary aspects of maintaining a fit, healthy body. These include things like:

Paying constant attention to posture: No kid wants to hear it, but employing good postural habits is one of the best ways to help guard against injury. Even if a young athlete were to completely revamp his, or her training approach to target all the areas the young athlete needs to work most, that’s still only on average about two to four hours per week where they’d be working towards correcting the problem. Compare this to the hours of repetitive motion involved in practicing and competing in their sport, as well as all of the time spent slumped over in class, in front of computers and texting and you can see where it’s hard to make any kind of lasting improvements. However, being aware of their posture as often as possible throughout the day is one of the best and easiest ways of helping them restore more structural balance.

Treating conditioning like a job: If a young athlete is going to spend that much time practicing and competing, they’d better find a way to put some serious effort into helping their body withstand the rigors of all that abuse. This involves a lot more than just hitting the weight room with reckless abandon. Improving soft tissue quality with things like foam rolling, doing a sound dynamic warm-up prior to all forms of physical activity and post workout stretching aimed at those areas where they’re especially tight, are all vital components of a well-rounded program. Gone are the days where kids could just enjoy sports for hours on end without giving any thought to what they were doing to their bodies. This age of early specialization has drastically altered the landscape; essentially forcing kids to approach conditioning in a whole new light- especially if they want to have any kind of staying power in their chosen sport.

Allowing more time for recovery and regeneration: Recovery is without question, one of the most overlooked aspects of athletic performance. Yet time and time again I see young athletes pushing themselves to their absolute limits, only to come right back the next day and do it all over again. True, kids do have the resiliency of youth on their side, but that doesn’t mean that the “more is better” mindset should always prevail. I’ve got nothing against seeing kids work hard, but there are limits. Allowing athletes more recovery time between practices, competitions and workouts will ultimately yield better results in terms of both performance and injury prevention.

Besides not scheduling their practices and workouts too closely together, encourage your athletes to employ other types of recovery aids during those periods of the season that are most physically demanding. In addition to the aforementioned stretching and foam rolling, things like epsom salt baths, contrast showers and even dietary changes like adding in more alkaline foods (leafy greens, sweet potatoes, almonds, green tea etc.) are all effective ways of helping to reduce inflammation and facilitate better muscle recovery.

While you obviously can’t go back in time and do anything about your child having succumbed to early specialization at an early age, there’s plenty you can do right now to help manage the situation and get them started on a healthier path. Encourage them to focus on posture, stretching and strengthening exercises that are going to promote more physical balance and create good lifelong habits. Because let’s face it; the vast majority of kids will never go on to compete at any sort of high level.

So, make it your business to help them avoid early specialization and having to experience any long-term effects from participating in the sport they love. 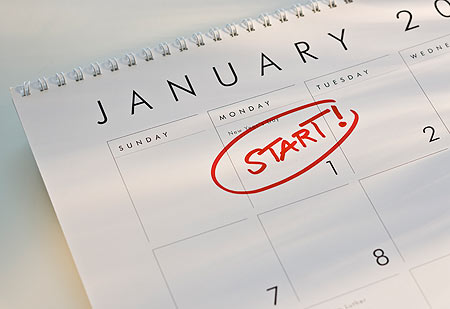 "What’s the main goal I should concentrate on in the New Year, Brian?"

A question I get routinely asked between the beginning of October and the end of December every single year.

The turning of the calendar to a blank slate and brand new 12-months is a source of enthusiasm for most people.

Same old dreams… But THIS year, I’ll make them happen.

Do you play that annual game yourself?

The undeniable (and unfortunate) reality is that most people do in fact create new agendas for themselves as the New Year approaches.

I say ‘unfortunate’ simply because statistics show us clearly and definably that end-of-year goals and ambitions almost always fall flat by February (somewhere in the neighborhood of 80% of New Year’s goals are vacated and forgotten by February 28th… Every year).

So when asked about what goals I think you should concentrate on as 2011 approaches, my answer is a very simple one (with a 3-part plan):