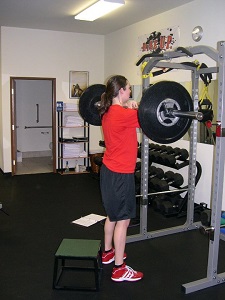 On the other hand, North American research has never sought out to prove whether or not Olympic Lifts are dangerous for young athletes; it has always just been assumed so. Furthermore, according to Mel Siff in Facts & Fallacies of Fitness, “Epidemiological studies using bone scans by orthopedists have not shown any greater incidence of epiphyseal damage among children who lift weights. 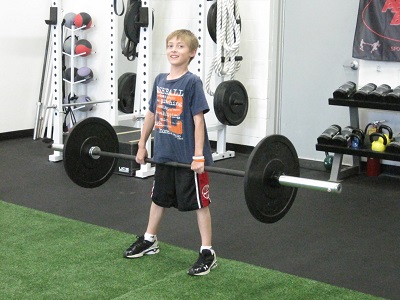 On the contrary, bone scans of children who have done regular competitive lifting reveal a significantly larger bone density than those who do not lift weights – In other words, controlled progressive competitive lifting may be useful in improving the ability of youngsters to cope with the rigors of other sports and normal daily life”. In addition, because of their dynamic nature, Olympic Lifts are actually quite ideal for aiding in the development of coordination and movement skill.

I try whenever possible to make sure that physicians, parents and coaches here in North America don’t become too dogmatic with respect to their viewpoints on how children should exercise. Although North Americans view Olympic Lifting as entirely unsafe for pre-adolescents, they have been adopted as part of a physical education curriculum in sections of Europe.

– The essence of systemic strength training is found in basic activities such as running, jumping and throwing.  Be sure to have younger athletes use both sides of their bodies equally when learning unilateral skills.

– From a motor skills perspective, I have always found that children around the ages of 8 – 10 are best suited to start learning the form and function of basic lifts.  Start with body weight positioning, but don’t be afraid to teach ‘bar skills’ and patterning with light pre-weighted bars (5 – 8 pounds) or brooms.

– Reps and sets are an interesting topic… as opposed to conventional theory (3 sets of 15 – 20 reps), I have always found more success in teaching appropriate lift functioning by making the sets high (8 – 10) and the reps low (3 – 5).  In this set/rep range, kids are first taught the basics of set up and movement and then asked to re-produce the lift a minimal number of times per set.  This aids in developing quality motor sequencing and doesn’t afford the opportunity of developing poor habits during the multiple reps set.

Learn how to coach, program and perform the Olympic Lifts to help your young athletes on-field performance EXPLODE by picking up your copy of the IYCA Olympic Lifting Instructor Course today! 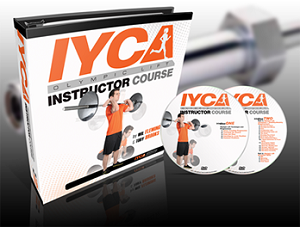