Eric Cressey is at the top of the baseball training world.  His company Cressey Performance has become synonymous with high-level baseball training, but it didn’t start out that way.  Early in Eric’s career, he was simply learning about anatomy, physiology and how to train.  Eventually, he had the opportunity to work with baseball players, and over time, he realized that this was his niche.  He loved it.  He was great at it.  And, it was a good market for him.

At this point in his career, and in the grand scheme of the industry, he feels like developing a niche is necessary for long-term success.  “you’re going see more examples of people specializing.  For example Jim Kielbaso is working with football guys, Mike Boyle is working with hockey, Mike Robertson is working with soccer – that’s the direction I see this going” said Cressey in a recent interview. 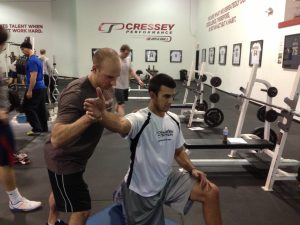 passionate about something beyond just monetary gains. As an example, I did a little bit of NBA combine prep towards the end of my U-Conn experience, so I had some time in it.  When I got into the baseball world, what basically happens is you’re swamped from the second week in September all the way up until the first week in March. And then you have six weeks to gather your thoughts before you start going with your summer guys.  It’s a tough schedule.  So I’ve had some agents who represent baseball players as well as basketball players and football guys, and they’ve asked me if I’d be interested in doing NBA combine or NFL combine prep.  While it sounds great, that would be walking away from the four weeks of quiet that I get each year. You have to be passionate about it but you have to be passionate about it beyond just monetary gains because if I try to be everything to everybody, it doesn’t work. Our baseball guys appreciate us even more because they don’t see a bunch of 350 pound offensive linemen walking around, and I don’t look like a guy who’s going to play linebacker in the NFL, so you have to be able to want it for more than just money.”

That’s advice anyone in the training world can listen to, because sustaining passion is hard work.  It takes something deep inside to keep going day after day, even when things are perfect.

“You can’t be a 110% on everything. Nobody can read all the journal articles on something like pitching injuries and everything that goes into that, and also know everything about the NFL or the NHL or youth training. I think you have to find something you really like and you’re also really good at. For example,  shoulders and elbows can be really, really complex. I’m a very good shoulder and elbow guy. I’m terrible when it comes to foot and ankle. I probably wouldn’t be a good foot and ankle physical therapist. So, you have to be able to acquire the information easily to really take over a niche.”

Eric also realizes that there’s more to things that just “wanting it” or being good at something.

“It also has to be substantial or sustainable. You’re probably not going have an incredible hockey development program in Mexico, you know? People have to realize that as well. That was something that we wrestled with for a long time.  We weren’t sure if we could build this baseball training mecca in Hudson, Massachusetts. We didn’t really know whether that’d be possible. We had to test the waters.  Eventually, high school guys became college guys, and college guys became pro guys, and then we ultimately decided we could expand our reach by opening another facility in Florida. Your business model has to be able to accommodate whatever you’re trying to do.”

You also have to make the environment friendly to the group you’re trying to attract.  One step into Cressey Performance and you know it’s all about baseball. 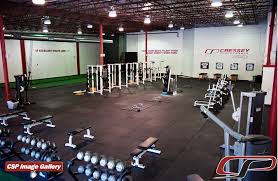 “It’s hard to really grow a specific niche if you can’t outfit your facility to accommodate it. When you walk in our facility in Massachusetts, we’ve got two big tunnels for pitching and throwing and now doing video, and stuff like that makes a big difference. If we didn’t have that it would be harder to cater to baseball players.”

There’s also something to be said for being the first at anything.

“It’s also really hard if you’re not one of the first to market. We were probably the first people to be really specific in baseball strength and conditioning. We effectively bridge the gap between rehab and high performance. That’s what you need for baseball and we did it first in our area, so it’s really hard to compete with us if someone wants us to come to Massachusetts and start training baseball players.  It’s a challenge because we’re very well-connected in that area.  If you have an elbow issue we can get you in with an elbow specialist that afternoon. We know who the best physical therapists are. You know we can get guys passes at Fenway before a Red Sox game.  We can deliver a quality experience that goes with the expertise, and while they’re here, chances are they’re rubbing elbow with other big league baseball player in the office. So, from a business standpoint, it’s very, very hard to compete with us in the baseball niche because we were one of the first to market, and we’ve really worked hard to stay on top of things and really nurture that presence nationwide.” 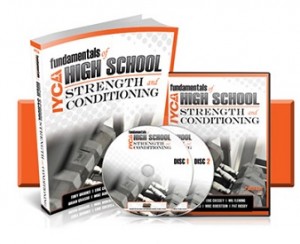 Eric is a co-author of the IYCA High School Strength & Conditioning Certification – the only certification focused specifically on training high school aged athletes.  Read another article by Eric Cressey on Youth Training.